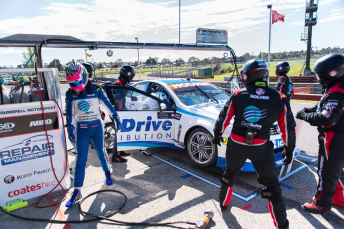 Former Bathurst winning staff from Walkinshaw and Triple Eight will join Lucas Dumbrell Motorsport for the Great Race as the squad aims to rebound from a troubled Sandown 500.

Veteran engineer Erik Pender has been called in to work on Nick Percat’s entry in place of regular data engineer Nathan Leech, who has a clashing commitment with BMW in Japan.

Pender tasted Bathurst success on multiple occasions during a 14-year stint at Walkinshaw, helping the Greg Murphy/Rick Kelly entry to victory in 2003 and 2004.

He has been working in the Australian GT Championship this season after a two-year stint with Nissan Motorsport concluded at the end of 2014.

The team switched its race engineers – Stuckey and Brendan Hogan – last month in a move that Hay says has already paid dividends.

“Erik has obviously got a lot of experience at Bathurst and knows Percat from Walkinshaws, so it’s a great fit,” Hay told Speedcafe.com.

“We’d known about Nathan’s commitments with BMW before the season started and Erik was the obvious candidate to fill the position from the start, so we’re glad to have locked him in. 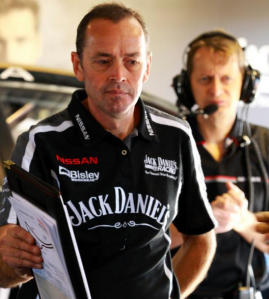 “Even though it’s Chris’ car, the way we work with our engineering group is that it’s a real collaboration with the data guy to come up with the set-up.

“Managing the personalities in the sport is half the battle and certainly the change we made before Sydney has been a good one.

“There’s as much speed in getting the combinations right as there is in the shocks these days.”

In addition to Pender, the team has also recruited former number one mechanic at Triple Eight, Andrew Atkins, to act as crew chief for Bathurst.

Atkins joined LDM at the Clipsal 500 earlier this year and will take the load off Hay, who had to take a hands-on approach to solve mechanical issues at Sandown.

The recent Sandown 500 was one of contrasting fortunes for the two sides of the LDM garage.

Tim Blanchard and Karl Reindler took an outstanding eighth, while Nick Percat and Oliver Gavin’s car was plagued by mechanical trouble from the start of Friday practice and failed to finish Sunday’s race.

Hay says that a ride day at the Melbourne venue on Monday has helped the team make further progress ironing out its package ahead of Bathurst.

The trouble at the Sandown 500 started with a persistent vibration throughout Friday, which turned out to be an exhaust issue similar to that experienced by Triple Eight during a recent test.

A steering failure eventually hit in the early stages of the race, which triggered frantic efforts to repair the car and send it back out on track.

“The ride day has been a big help, but there are still areas that we need to keep working on,” he said.

“Unfortunately this year we’ve been on a big learning curve and Sandown showed up a lack of experience within the team.

“We’ve made some changes within our group and worked on our protocols to make sure we can react to problems better then we did at Sandown.

“We need to get those dramas behind us and just move forward.”