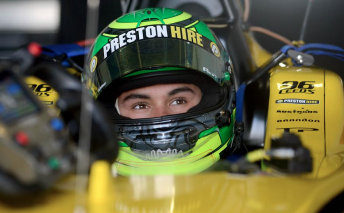 CAMS Jayco Formula 4 driver Luis Leeds will make his European racing debut at the final round of the ADAC German Formula 4 Championship.

The 15-year-old from Victoria has secured a deal to join Team KUG Motorsport for the final three races of the season held at the famous Hockenheim circuit from October 2-4.

A member of the CAMS Junior Academy, Leeds has impressed since making his car racing debut this season, scoring podium finishes in each of the four rounds of the Australian Formula 4 Championship.

The teenager has also raced in the Asian Cup Series in Malaysia with success, while tasting his maiden race win in the New Zealand Formula Ford Championship.

Leeds plans to use the drive as a fact finding mission for future exploits in Europe.

“This will be my first international event in Europe and I’m really looking forward to racing on European soil,” said Leeds.

“I’m pretty excited about this opportunity and I’m hoping to learn how the European drivers race, and hopefully I can get a strong result and cement my way into the European racing scene.

“I am doing my research and watching how they race, and it should be fun.”

Leeds will be joined on the grid by fellow countryman Joey Mawson.

The Sydney-born driver remains in contention for the championship lying 54 points adrift of series leader Marvin Dienst with 75 points available at Hockenheim.