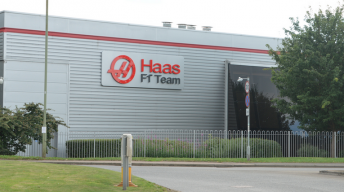 The Haas F1 Team’s journey to the 2016 Formula 1 grid will take an important step next week when the squad makes a driver announcement from its North Carolina base.

The team has called a press conference for a driver announcement on Tuesday, but has not made clear whether one or both of its pilots will be revealed.

Lotus driver Romain Grosjean has been heavily linked to the team in recent weeks, despite being contracted to the Enstone squad for next season.

Haas’ technical alliance with Ferrari is, however, being touted as a lure for the Frenchman to escape Lotus, which remains in a cloud of financial uncertainty amid ongoing takeover talks with Renault.

Grosjean has made 77 grand prix starts since debuting with Renault in 2009 and, despite having yet to win a race, possesses valuable experience for the rookie F1 outfit.

The Haas team had earlier been chasing the signature of highly rated German Nico Hulkenberg, who recently confirmed an extension of his current deal with Force India.

Haas has indicated that one of its drivers will come from within Ferrari’s stable of reserves, fuelling expectations that either Esteban Gutierrez or Jean-Eric Vergne are in line for a drive.

Gutierrez spent the last two years at the Ferrari aligned Sauber before sitting on the sidelines this season, while Vergne also found himself out of a seat for 2015 after three years at Toro Rosso.

Despite the obvious marketing potential, Haas has been cool on the prospect of signing American driver Alexander Rossi, who made his F1 debut with Manor at Singapore last weekend.

The GP2 front-runner is running five of the season’s last seven races for Manor, which is reportedly keen to retain his services for the 2016 campaign.

Like Haas, Manor has two seats still to fill. Mercedes reserve Pascal Wehrlein is being tipped to score one of the drives as the team prepares to switch from Ferrari to Mercedes engines.

Others in the F1 driver market include Dane Kevin Magnussen, whose future remains in limbo amid uncertainty at McLaren.

Although confirmation of Jenson Button’s retirement is expected to come as early as this weekend’s Japanese Grand Prix, the Brit told media at Suzuka on Thursday that “you’re going to have to wait a bit longer” for clarity on his future.

The struggling McLaren outfit has GP2 Series leader Stoffel Vandoorne waiting in the wings to replace the former world champion, potentially leaving Magnussen out in the cold regardless.

*yet to be confirmed