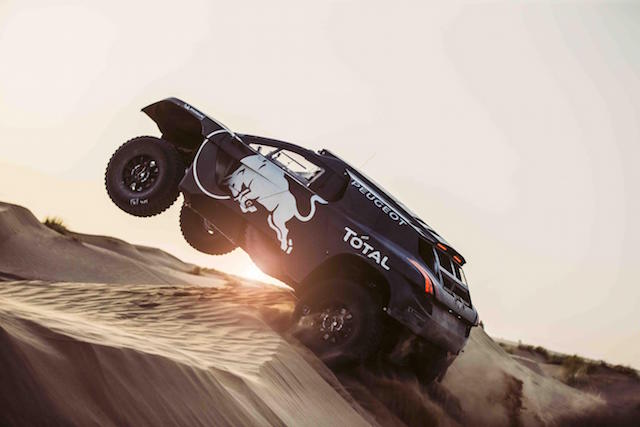 Peugeot has released images of an upgraded version of its Dakar Rally challenger.

A evolution of the two-wheel machine which made its debut in the South American-based Dakar event is longer, wider, lower and sports more power from the 3litre, V6 turbo diesel than its predecessor.

Front and rear overhangs have been reduced on the Peugeot 2008 DKR16.

The bonnet and roof-mounted air intake have been heavily revised to provide more balanced downforce between the front and rear.

The suspension has been redesigned to deal more effectively with the different and rough terrains. 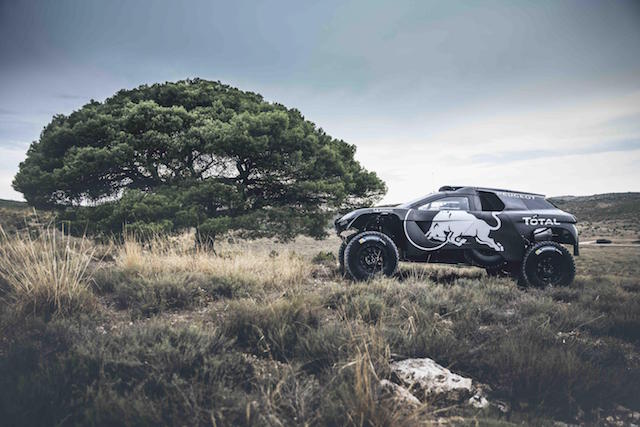 There are improvements to weight distribution, as well as magnesium one-piece wheels for the first time, matched to lighter tyres from Michelin.

Peugeot Sport director Bruno Famin said the final sign-off was made after the final test in Morocco.

“There isn’t one big change that we have made on our car; instead it has been a series of small evolutions in different areas,” Famin said.

“The tests we have carried out up to now, as well as our one-two finish in China recently, indicate that we are heading in the right direction.

Peterhansel and Sainz have driven the new car through the different phases of its development.

Peterhansel, who gave the Peugeot 2008 DKR its first-ever overall win in China, said: “You can really feel the difference now that the car is longer and wider, with a lower centre of gravity because it’s a lot more stable so cornering speeds are faster.”