McAdam graduates to Dunlop Series for 2016

McAdam graduates to Dunlop Series for 2016 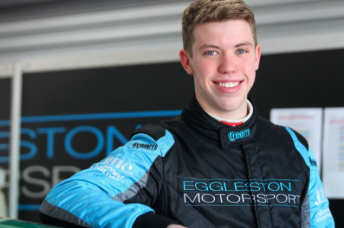 Kumho V8 driver Liam McAdam will contest the final rounds of the Dunlop Series ahead of a full-time campaign with Eggleston Motorsport in 2016.

After a string of impressive performance in the Victorian team’s Kumho V8 Commodore VZ, McAdam is looking forward to challenging himself against the Dunlop Series field.

“I have fitted in really well with the Eggleston Motorsport team this year and I am stoked to be continuing on with them for 2016,” said McAdam.

“The Kumho Series has been a great apprenticeship and it was always our aim to move into the Dunlop Series, so it is an awesome feeling to have a deal done for 2016 and be able to get a head start for the final two rounds this year.

“I certainly don’t underestimate the challenge ahead.

“Joining the V8 Supercars Dunlop Series will be a big step up but I feel that with my time so far in the Kumho Series and working with such a professional team will put me in good stead for a strong year in 2016.”

McAdam will see out his Kumho V8 commitments with the final round at Sydney Motorsport Park (November 14-15) held in between the Bathurst and Sydney Dunlop Series meetings.

Eggleston Motorsport boss Rachael Wagg is pleased to see a young driver successfully climb the ranks through her team.

“We have really enjoyed coaching Liam through the Kumho Series this year and are very excited for him to take the next step in his career,” said Wagg.

“The idea behind our entry to the Kumho Series was always to create our own internal development program and its fantastic to see this come to fruition.

“By putting together an extended program that commences at Bathurst it gives Liam the best chance of success for a full season program in 2016.

“Liam has proven his ability behind the wheel this year and we can’t wait to see what he can do.”