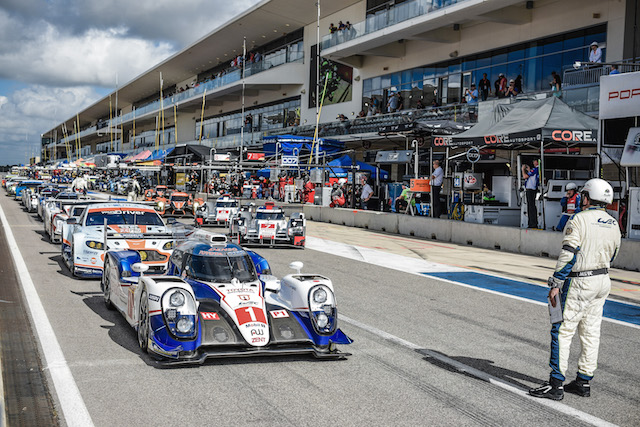 The WEC will grow from eight to nine rounds in 2016

The World Endurance Championship has added Mexico to its schedule with the release of the 2016 provisional calendar.

While the contract is yet to be set in stone, the 6 Hours of Mexico City has been drafted in as Round 6 on September 4 while the Nurburgring race has been moved forward to July 24 from its late August date this year.

WEC chief executive Gerard Neveu said his organisation’s promotional arm will be responsible for the freight costs to Mexico which this year has welcomed back Formula 1 after a 23-year hiatus.

“The opportunity offered by Mexico City to take endurance racing back to Latin America was the right one at the right time,” Neveu said.

“In consultation with our partners and competitors, we believe that the countries in which we race have all fully embraced endurance racing and that was one of the considerations for any further rounds.

“Using the stability and consistency already in place with our other rounds, we will continue to ensure that the WEC continues to offer fans access to the most technologically relevant, competitive, and open championship possible.”

“Each year we return, the Spirit of Le Mans is more and more obvious, with increasing entertainment and sporting action for larger numbers of spectators and TV audiences to enjoy.

“Of course, the legendary 24 Hours of Le Mans is the race that everyone knows about and wants to compete in, but the legend is now being extended to the 6-hour races as well and moving into countries with strong historic links to endurance, such as Mexico City.”