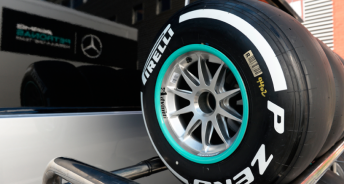 The FIA and Pirelli have confirmed the format for checking tyre pressures to avoid the confusion caused at the Italian Grand Prix.

Lewis Hamilton’s victory at Monza was placed in doubt when Mercedes were summoned to the stewards after it was found the Brit had run the race with tyre pressures below the guidelines issued by Pirelli.

The FIA cleared Mercedes of any wrongdoing as they claimed the tyre pressures were correct when the tyres were fitted to the car prior to further readings taken on the grid.

As a result, the FIA and Pirelli has now issued clearer guidelines regarding the tyre pressure checking procedure to teams to avoid a repeat of the Monza incident.

From this weekend’s Singapore Grand Prix onwards pressures will be checked when tyres are fitted to the cars with the readings sent to the FIA.

The FIA will then complete spot checks on the grid after the five minute window and if a car is found to be under the prescribed limit set by Pirelli, the team in question will be allowed to amend the tyre pressures.