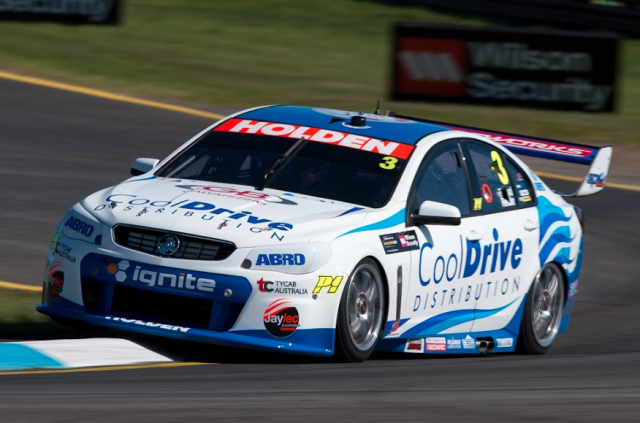 Buoyed by an eye-catching Sandown performance, Tim Blanchard and Karl Reindler are confident they can surprise the field again at the Supercheap Auto Bathurst 1000.

The Lucas Dumbrell Motorsport duo emerged as the surprise package of the Wilson Security Sandown 500 as they combined to deliver an eighth place finish in the Pirtek Enduro Cup opener.

The performance witnessed a stark improvement from Blanchard, who recorded his season best finish, while a rejuvenated Reindler starred on his V8 Supercars return after two years in the wilderness.

After overshadowing several distinguished enduro cup pairings, the duo believe the result was by no means a fluke as they set their sights on a top 10 result at The Great Race next month. 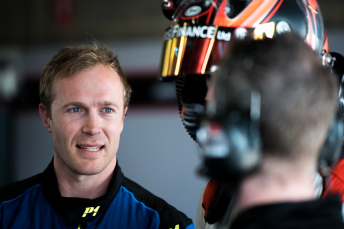 “Knowing how good the car was at Sandown, if we have a good car there is no reason why we can’t be up the pointy end of the (Bathurst) field,” Reindler, who partnered Rick Kelly in the 2013 Pirtek Enduro Cup,  told Speedcafe.com.

“I think a top 10 is realistic and if we can get the car working as good as it was Sandown and if Tim (Blanchard) continues to drive like he has, then a top 10 or a top five is possible.”

Left on the sidelines for the 2014 Pirtek Enduro Cup, former V8 full-time driver Reindler, is relishing the return to the main game alongside Blanchard, which he hopes will resurrect his co-driver career.

“When you spend a bit of time away from something you do start to question yourself. I pushed for other opportunities with other teams but when you have a year off you do fall off the radar,” added Reindler.

“The only thing that has perhaps changed (since his last V8 Supercar co-driver role) is my aggression on the track, I’m certainly hungry for it but I’m just enjoying myself.

“I love this level of motorsport and I want to keep doing it for as long as I can without a doubt.

“If I can solidify myself with an ongoing role as a co-driver that would be fantastic.” 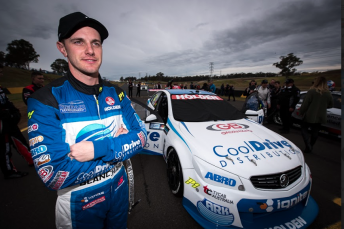 Enjoying his own resurgence, Blanchard attributes his rich form to work spent on improving his driving technique with reigning Bathurst 1000 winner Paul Morris at his Norwell facility.

The 28-year-old, who held a 2015 race average of 19.9 prior to Sandown, echoes Reindler’s Bathurst predications.

“I was just fine tuning a few things of my driving technique (with Paul Morris) and all those little things help. It gives you new ways to look at things, so it was helpful,” Blanchard told Speedcafe.com

“Obviously Sandown is only one race but hopefully we can go to Bathurst and do it all over again.

“We will start from scratch but I’m confident we are heading in the right direction and hopefully prove at Bathurst that it (Sandown) wasn’t a one-off.

“Last year proved Bathurst can be a pretty crazy race, anything can happen.

“I have a good co-driver in Karl and with an improving car I think we can really surprise some people and have both mine and Nick Percat’s (LDM) car in the top 10.”