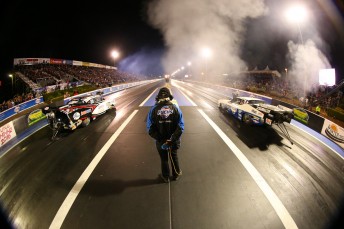 Australian drag racing will be overseen by a new interim CEO

Curkpatrick has overseen the rise of the successful Shannons Nationals before selling his 50 percent stake in the series to CAMS last month.

The new interim CEO will take over from Malcolm Bulley, who left the national drag racing body earlier this year following a schism between track owners and ANDRA, which has since been resolved.

“I’d like to thank the ANDRA Board for this opportunity,” said Curkpatrick.

“Over the next few months I aim to bring stability and advance the goals of the organisation as we begin to move forward.

“Drag Racing is a great motor sport with many passionate racers, crew members and supporters and I am looking forward to working with you all.”

ANDRA chairman Michael Fotheringham believes Curkpatrick is the perfect candidate for the role.

“Rob will work closely with the board on advancing the sport as we move into this crucial next phase,” said Fotheringham.

“I’ve no doubt we have the right person for the job given his impressive CV and I look forward to working together for the good of Drag Racing in Australia.”

Curkpatrick is due to begin his new role at ANDRA from September 22.