Singapore GP to go ahead despite haze fears

Singapore GP to go ahead despite haze fears 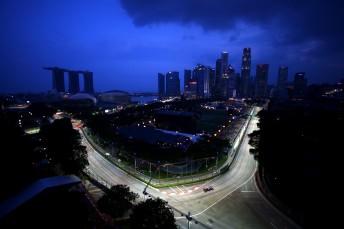 Singapore Grand Prix is scheduled to go ahead unchanged

Singapore Grand Prix officials have confirmed the event is scheduled to go ahead unchanged despite the threat of rising air pollution levels.

The region has been plagued by smog caused by forest fires in Indonesia which has resulted in air pollution levels rising to an unhealthy rating between 130-161 PSI.

The thick hazy conditions has seen several sporting events postponed while flights to and from Singapore’s Changi airport have also been diverted or cancelled.

However, Singapore Grand Prix officials remain confident the grand prix, due to begin on Friday, will go ahead, although air pollution levels will be monitored closely on an hourly basis.

“Based on the current PSI levels, there are no plans to amend the published racing and entertainment programme,” read a statement published on the Singapore Grand Prix website.

“The haze situation is highly changeable not only from day to day, but from hour to hour. Therefore, it is currently not possible to reliably predict what the PSI level might be over the race weekend.

“We will continue to work closely with all the relevant government authorities to receive the best possible forecasts when they are available.”

The Singapore Grand Prix organisers will provide updates on the conditions via its website www.singaporegp.sg, while face masks will also be made available to spectators.