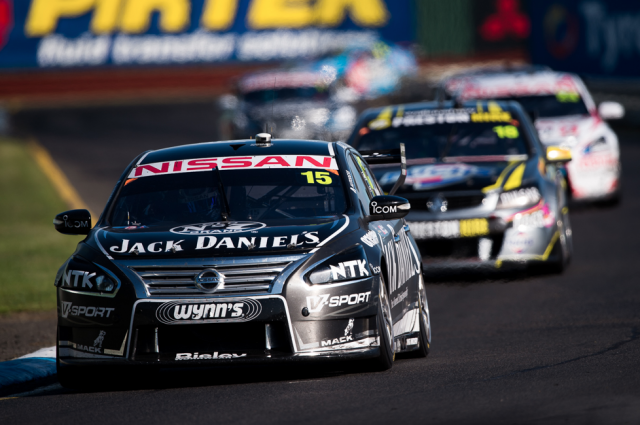 Despite an uninspiring debut for the team’s new engine, Rick Kelly insists that Nissan Motorsport can take some positives from the Sandown 500.

Kelly and co-driver David Russell salvaged 10th on Sunday from a weekend where all four Altimas proved unable to match it with the front-runners.

Three of the team’s four cars raced with the long-awaited cylinder head upgrade, which had been touted for almost two years as the key to the Nissans becoming regular contenders.

The Kelly/Russell and Michael Caruso/Dean Fiore entries debuted the motor in practice, before the Todd Kelly/Alex Buncombe car received its new unit on Friday night. 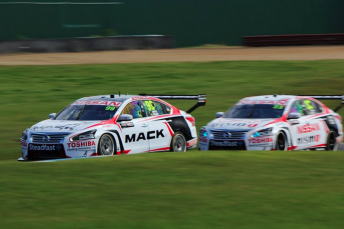 Although the upgrade is understood to have provided a modest power gain, all three updated cars were out-qualified by James Moffat, who dragged 18th from the previous spec engine.

Rick Kelly though made the best of it in the races, driving from 24th to 14th in the second Saturday sprint before toughing it out on Sunday for 10th.

Caruso finished 11th despite overheating issues thought to be caused by a late off-track excursion that eventually saw the car abandoned on the start-finish straight after the chequered flag.

While the team declined to speak about its engine program at Sandown, it is thought that the new purpose-designed head architecture will provide scope for further refinement and updates in the coming months.

The Sandown performance, however, indicates that the team’s chassis program also still has a way to go to match the front-runners.

Encouragingly though, the Caruso/Fiore entry ended up with the fifth fastest lap of the race, set by Fiore while track conditions were at their best in the early going. 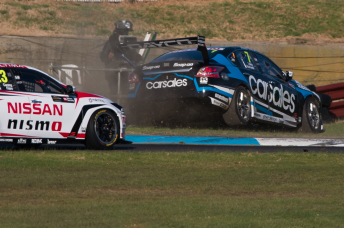 “We can take that and head to Bathurst on a positive.

“I think the team did an exceptional job in the race.

“It was a high pressure situation, we had to get car #7 fixed, and we had to make some significant changes in the pit stop to my car to get to the end of the race.

“They got it done without losing any time, so I’m proud of the boys, and it puts us into a confident spot heading into Bathurst, which is important.”

Three years into the Car of the Future era, Sandown was dominated by the long established Fords and Holdens, with Rick Kelly’s Nissan the first of the four-valve engined cars home.

The leading Mercedes of Will Davison/Alex Davison appeared on for a top six before it shut down in its fourth pitstop and required a new starter motor.

Volvo’s hopes were meanwhile dashed when a communication error saw a disastrous first pitstop for its Scott McLaughlin/Alex Premat entry, dropping the duo a lap down.