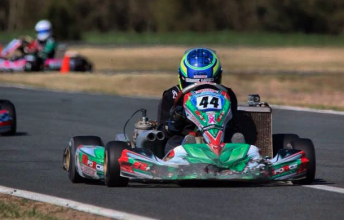 The 17-year-old will make his debut in the new junior single seater category in round five of the championship at the Castrol Gold Coast 600 from October 23-25.

The Airlie Beach driver, who is eyeing a full-time drive in the series next year, will enter the championship as a family run entry.

“It’s a good step forward, I’m just starting to get used to the car at the moment,” said McGregor, who has completed a test day in the CAMS F4 car at Phillip Island this week.

“I’ve raced with the other guys in karts, so we will be racing in different machines but against the same people.”

McGregor will become the 15th driver to race in the new championship this season.