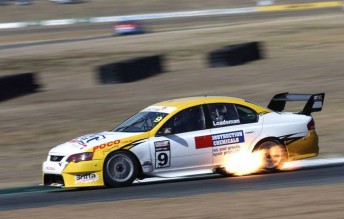 The 17-year-old Queenslander has failed to secure medical clearance to compete after suffering heavy bruising in a high speed V8 Ute crash at Sandown last weekend.

Barbera, who was briefly knocked unconscious in the incident, was cleared of suspected broken ribs after spending a night in Melbourne’s Prince Alfred Hospital.

The Bundaberg driver was due to pilot a Rod Dawson entered Ford Falcon BA driven in the previous round in Queensland by Scott Loadsman.

Meanwhile, the Kumho Series title fight is set to heat up at Phillip Island with teenagers Liam McAdam and Alex Rullo split by just five points.

The 15-year-old Rullo recored a clean sweep of victories last time out at Queensland Raceway to boost his title hopes.

A total of 161 competitors will compete across the categories during the weekend which represents the largest Shannons Nationals entry of the season.