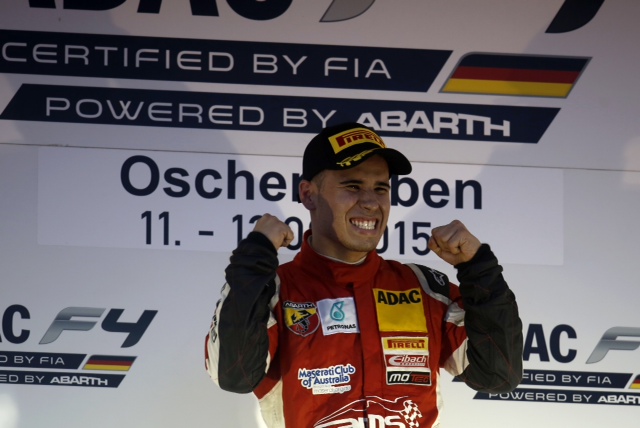 Australian driver Joey Mawson has managed to remain in contention in the German Formula 4 Championship following the Oschersleben round.

Mawson scored his fourth win of the season in the third and final race.

The Van Amersfoort 19-year-old beat Tim Zimmermann (Neuhauser) and Marek Bockmann (Jenzer) to recover from an indifferent run in the opening two races.

In the first encounter Mawson dropped to 22nd off the start line before charging his way back to seventh at the chequered flag.

With one round remaining, and a maximum of 75 points up for grabs, Mawson is remains third in the Championship standings.

He is 54 points adrift of Marvin Dienst who leads in the title race.

“This victory is a good way to round off an otherwise mediocre weekend,” said Mawson.

“The drizzle that rarely let up made conditions very tricky in the third race, but I got off to a great start and jumped straight into the lead.

“I had pulled out a relatively big gap by the halfway stage, and at the time, I was almost certain that all I had to do to win was to keep the car on the track.

“I’m now heading to the finale at Hockenheim with quite a large points deficit, but I’ll do everything I can to secure more podiums and race wins to be in with a shot at the title.”

The championship will be decided at Hockenheim from October 2-4. 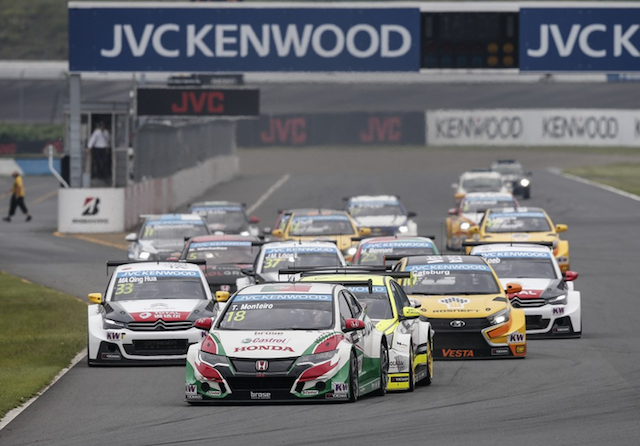 Lopez pushed past Norbert Michelisz to lead into the first corner before taking out the 13 lap encounter from the Honda pilot.

In the second 13-lapper Monteiro provided Honda with a much needed victory at its home circuit, scoring a 9.2s triumph.

Monteiro won the start from the polesitter Hugo Valente (Campos Racing Chevrolet) who would soldier on to finish second while Lada man Rob Huff finished third.

Tearaway championship leader Lopez was a non-finisher after suffering damage to the wheel of his Citroen.

The WTCC moves to the Shanghai International Circuit for the next round from September 25-26. 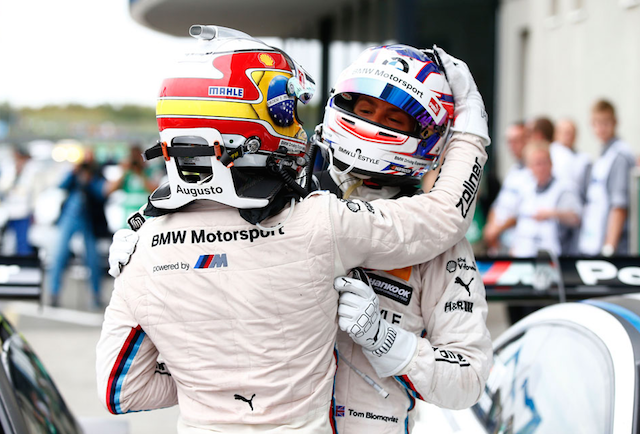 After a strong start Blomqvist capitalised to record a 7.7s victory over Augusto Farfus with Marco Wittmann claiming third.

da Costa made it a BMW sweep of the first four positions while HWA Mercedes pair of Pascal Wehrlein and Paul di Resta were fifth and sixth.

Lucas Auer (ART Mercedes) brought out the red flag on the last lap after suffering a crash on the second last corner.

The DTM resumes at the Nurburgring for the next round from September 25-27. 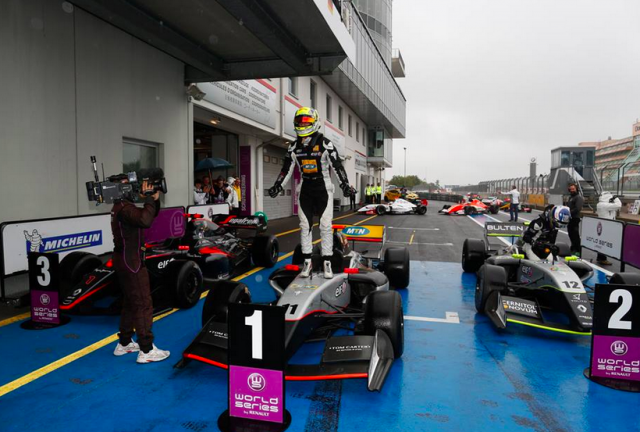 Consistent Oliver Rowland maintained his hot form by winning the opening 23-lap race at the Nurburgring.

Tio Ellinas spearheaded Strakka Racing to a one-two in the second 22-lap race.