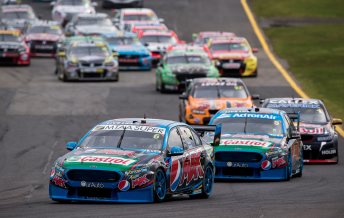 A bold bid to gain track position by starting a primary driver may prove the key to winning today’s Wilson Security Sandown 500.

Conventional wisdom has seen co-drivers tackle the start of the September classic in recent years, clocking up their minimum 54 laps across two short stints before handing over to the full-timers.

While that is again expected to be the widespread strategy today, the ever increasing importance of track position and the fear of double-stacking could see the trend bucked.

Saturday’s second Saturday sprint underlined the difficulty of passing around the 3.1km Melbourne venue when the closely matched full-time drivers are aboard.

Both of Sandown’s key passing zones – Turns 1 and 9 – are deemed risky due to the relatively high apex speed of the former and the supreme car balance required at the latter.

Double-stacking meanwhile has the potential to ruin the race of any car running behind that with which it shares a boom, ramping up the pressure on teams managing two potential winners.

The most under pressure will be Prodrive Racing Australia, which has its two title contenders Mark Winterbottom and Chaz Mostert starting second and third respectively.

Despite a mistake at the start of the first heat, Mostert’s co-driver Cameron Waters underlined his impressive pace on Saturday, earmarking the duo as favourites for the race if they can gain track position over their team-mates. 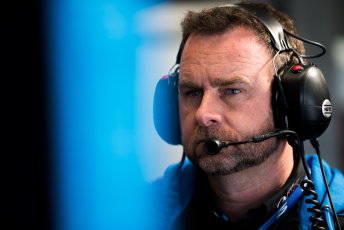 The pressure will be on Prodrive and its principal Tim Edwards

Like last year, four pitstops have been made compulsory for the Sandown 500 as part of the category’s bid to ensure that the more frugal cars cannot gain an advantage by three-stopping.

“Most will elect to start the co-driver, but I don’t believe that will be the case for the whole field,” a leading team strategist told Speedcafe.com after Saturday’s qualifying sprints.

“Those with two strong cars may want to split the strategies, because track position is vital, especially against your team-mate.

“You may see one or two teams put the primary driver in and run a short first stint, just to dump the extra stop that wouldn’t need to be made if it wasn’t compulsory.

“It won’t hurt you a lot if you have good speed with your co-driver and it may get you track position that will avoid the double-stack. Track position will be king in this race.”

David Reynolds was the only primary driver to start last year, climbing from eighth on the grid to third aboard Prodrive’s third entry within the first 15 laps.

Subsequent stints from co-driver Dean Canto saw The Bottle-O Ford on course for a podium before receiving a drive-through penalty for having its rear wheels spinning during the penultimate pitstop. 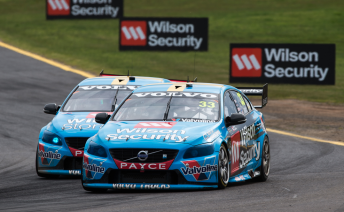 The four-stop requirement at Sandown leaves big strategy windows open to teams that could see stops begin as soon as the opening lap.

It also puts heavy pressure on brake pad and driver changes, as full tank fills are not necessarily required at each stop.

The prospect of a primary driver starting a leading car will meanwhile be a scary thought for those starting deep in the field, which will face the prospect of going a lap down if the opening stints run devoid of Safety Cars.

Sandown’s layout ensures it has an especially high field spread during the opening laps, further exposing any co-drivers who cannot handle the pace.

A 20 minute warm-up session will take place from 1020 this morning before the race kicks-off at 1325.