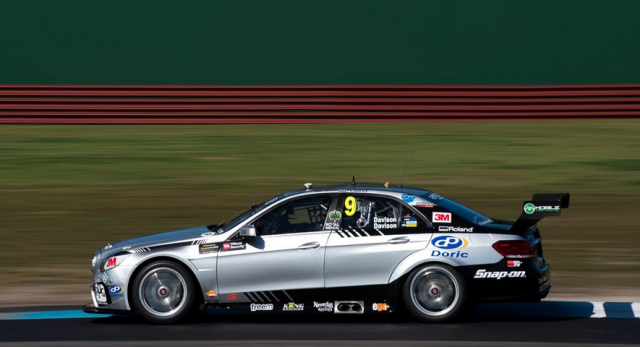 Erebus Motorsport will carry a ‘stop the violence’ message across its two V8 Supercars in this weekend’s Wilson Security Sandown 500.

Domestic violence has been thrown into the spotlight across Australia this week following three deaths in the last four days.

The two Mercedes-AMGs rolled out for opening practice this morning devoid of any primary sponsorship, but will adopt the anti-violence message across their bonnets and doors later today. 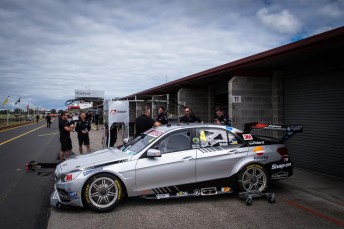 While Ash Walsh’s car has had a variety of primary sponsors during the year, Will Davison’s has carried that of Solar Australia and partner company Phono Solar.

Solar Australia’s branding has been heavily reduced this weekend but, according to Erebus CEO Ryan Maddison, the team continues to work with the company on a bigger presence for Bathurst.

“There’s obviously been a couple of delays with some of our relationships over the last few weeks, but nothing for us to be wary or concerned about,” Maddison told Speedcafe.com.

“For this weekend we will have something more community based that is in the main stream news and is important to us and to Betty (Klimenko, team owner).

“We’ll carry a ‘stop the violence’ message, which our partners have all given an emphatic yes to.

“The only delay for us at the moment is to get the graphics produced.”