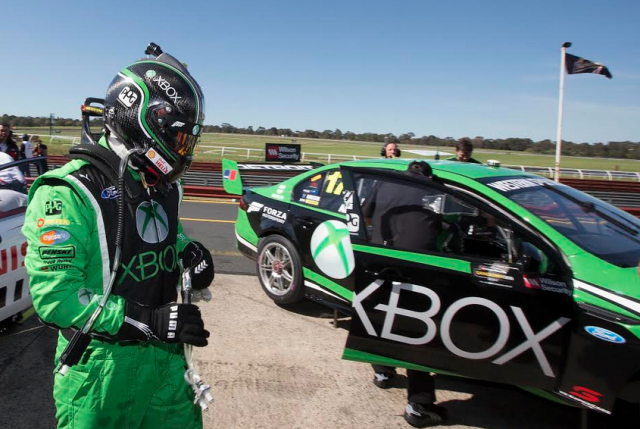 Ambrose steps out of the car during the midday session

After charging to the third fastest time in final Friday practice, an upbeat Marcos Ambrose finally declared himself comfortable with the brake package on the DJR Team Penske Ford.

Ambrose has openly struggled with braking technique since returning to V8 Supercars from a nine-year NASCAR career at the end of 2014.

An inability to be competitive in the early races this year led to Ambrose stepping down to a co-driver only role, which sees him supporting Scott Pye in the Pirtek Enduro Cup.

The #17 Ford ended all three sessions today inside the top 10, emerging as a genuine podium threat ahead of Sunday’s 500.

“We’ve made huge inroads with our car,” said Ambrose, who joined approximately half the field in running new tyres late in Practice 3.

“The biggest issue that I had early on was just to get the brake pedal right and not having any feel of the brake pedal. That’s gone completely away.

“We’ve made good inroads on that and now we’ll just work on getting my head up to speed and getting used to the dynamics that these cars produce.

“We’re looking forward to the race. We did some longer runs there and felt good about our consistency, so I think we’ll be consistent in the race.

“The car feels comfortable so hopefully the day goes our way, we get a bit of luck and mix it up (with the front-runners).”

While stressing this week that results in the endurance races will not influence his eventual decision on whether to return to a full-time seat, Ambrose says the track time will be ‘a lot of fun’.

The former two-time champion’s early season battle threw the spotlight on the category’s tight testing and tyre allocation restrictions, which hampered Ambrose’s ability to get up to speed.

“My head has been used to going 200mph and not slowing down too much,” he said.

“Just the feel of those cars in NASCAR are very different to these. It’s taken quite a bit of unwinding to be honest.

“But we’ll chip away at it. These endurance races are going to be a lot of fun for me personally.”

“We’d been making progress on the brake side of things over the last couple of events, so to get the feedback today from Marcos is most welcome,” he said.

“We’ve put a huge emphasis on trying to resolve that and make him more comfortable at the same time.

“Today he did a great job. We have a good combination and the more track time that Marcos gets, it’s pretty clear to us the contribution that he can make.”

The team has ramped up its development push for the Pirtek Enduro Cup, joining Nissan in recently visiting the category’s engine builder to homologate upgrades pre-Sandown.

Although only thought to be minor changes, the move has been made in the lead-up to the squad’s attack on Mount Panorama next month.

“There’s a modification, but it remains to be seen whether it’s a step forward or not yet,” said Story of the engine program.

“We’ve gone through the homologation process as other teams have done. Any time you can make your package better you make the most of the opportunity.

“We’ve been working through a big program this year and I think our on track progress shows that we are moving forward.” 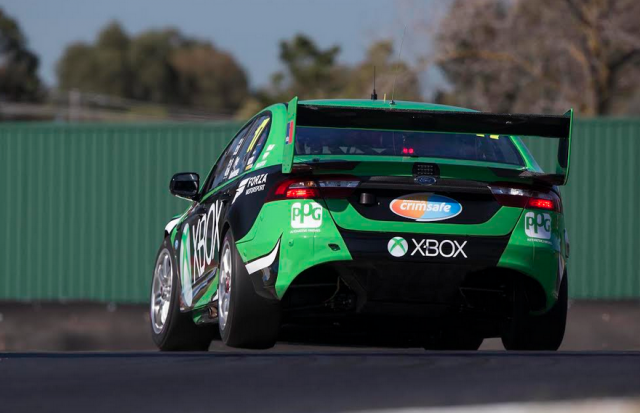