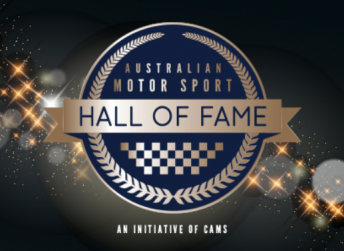 The new Australian Motor Sport Hall of Fame’s first members will be inducted at a formal dinner in Melbourne next April.

The AMSH was announced by the Confederation of Australian Motor Sport earlier this year, aiming to provide further recognition to those who have achieved high levels of success in the sport.

AMSH committee chairman Garry Connelly says up to 30 members from across the different disciplines will be inducted in the first year.

“Australian motor sport has an extremely rich and successful history of which we are rightfully very proud,” said Connelly.

“The first group of inductees will comprise approximately 30 individuals who have made incredible contributions to our sport.

“It is incumbent on us to pay tribute to these outstanding people and as such the entire motor sport community is driving this initiative.

“It promises to be a truly memorable event, the scale of which will not be repeated given the number of inaugural inductees.”

The inductees will be selected by a voting panel comprising representatives from each discipline of the sport and three motorsport journalists.

The induction dinner will be open to members of the public, with tickets on sale from October 1.