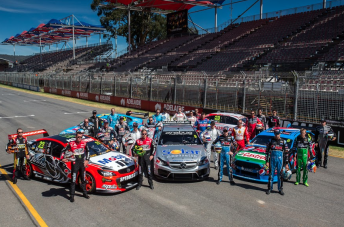 V8 Supercars has released its calendar for 2016, including a full championship event at Malaysia’s KL City GP.

As previously reported, the 16 event season will kick-off with the Clipsal 500 on March 3-6 and finish with the Coates Hire Sydney 500 on November 25-27.

The second and third events will switch places, with Symmons Plains now before Albert Park due to the later slot allocated to the Australian Formula 1 Grand Prix.

Albert Park is again listed as a non-championship event, although discussions continue over it becoming a points paying round.

Phillip Island is meanwhile the biggest mover, switching from November to April, while the order of the remaining events continues unchanged from this season.

Unlike this year, the championship will have strong momentum throughout the opening phase of the campaign, with no more than a two week break between each of the opening four events.

A four-week break will take place prior to Darwin in June, while three week gaps are also present ahead of Barbagallo, Townsville, Kuala Lumpur, Sandown, Bathurst and Sydney Olympic Park.

“We have taken a close look at the calendar and come up with something that will be great for the teams, drivers and fans across Australia,” Warburton said in a statement

“This more compact calendar delivers consistent and regular events throughout the season and expands the championship into Asia in what is a truly exciting development for the sport.

“We believe it will result in an even bigger following for our sport both locally and overseas with bigger crowds and our expanded television coverage on Fox Sports and Network Ten.

“A more condensed calendar will help build even more momentum and still provide adequate breaks for the teams and drivers.

“We have also moved the Coates Hire Sydney 500 forward to the end of November in what we expect will be a massive grand finale to the season.”

“Malaysians were genuinely excited to see our five cars race through the streets of KL and we can only imagine their reaction when the full field is on the grid next year,” Warburton said.

“We expect up to 10,000 Australians to travel to Kuala Lumpur for the event which will also build exposure for V8 Supercars across Asia.”

Formats for the bulk of the events are yet to be confirmed, with race lengths and tyre allocations still be analysed by the V8 Supercars Commission.