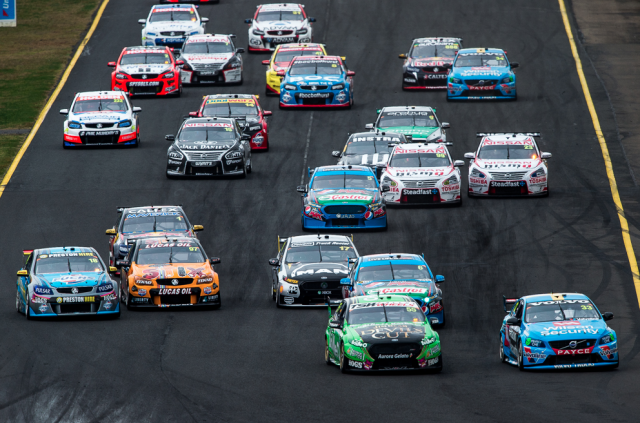 The V8 Supercars season will run over nine months in 2016

V8 Supercars is set to deliver on its promise for a more compact 2016 calendar, due to be unveiled in the lead up to this weekend’s Sandown 500.

The much touted efforts to condense the calendar into nine months sees next season kick-off in Adelaide on March 3-6 and finish with an earlier Sydney 500, scheduled for November 25-27.

Although only a fortnight shorter than the 40 weeks separating this year’s Adelaide and Sydney bookends, the scrapping of Sydney’s pre-season test trims a further three weeks out of the schedule.

Events will therefore be able to be run no more than three weeks apart, as previously promised, save for a four-week mid-season break.

Also on the draft 2016 calendar will be Malaysia’s KL City GP which, although yet to formally confirm its future, released an August 12-14 date late last week.

The other 15 events remain, including the annual non-championship appearance at Albert Park’s Australian Formula 1 Grand Prix, which is set for a later March 31-April 3 fixture.

Apart from the size of the schedule, the biggest change is the timing of Phillip Island, which according to a Fairfax Media report is to be switched from November to April.

Phillip Island was last run in April during 2012, before spending three years as the penultimate round in mid-November.

This year’s calendar received widespread criticism for multiple extended breaks early in the season, including the complete absence of an event in April.