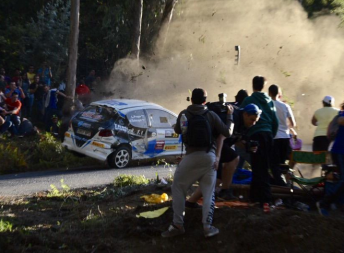 Six spectators have been killed after a car crashed during a national level rally in Spain.

A Peugeot 206 reportedly driven by Sergio Tabeayo Sande skidded off the road and into the crowd during a stage of the La Coruna Rally.

The remainder of the event was subsequently cancelled.

Six fans were killed in the incident with Police reporting that 16 people have also been injured and taken to a Coruna hospital for medical treatment.

Spain’s Prime Minster has offered his condolences following the tragedy.

“The La Coruna Rally is in mourning,” he said. “My deepest condolences to the bereaved and wishes for a complete recovery of those injured.”