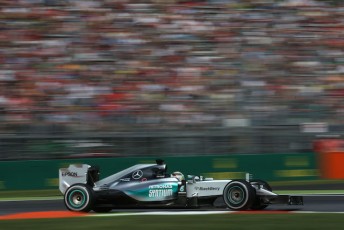 Mercedes has been summoned to the stewards following a breach of tyre pressure limits during the Italian Grand Prix.

The top four cars on the grid had their left side tyres measured prior to the start with Monza race winner Lewis Hamilton and his team-mate Nico Rosberg falling below the tyre pressure levels set by Pirelli.

Mercedes technical chief Paddy Lowe confirmed the team had been summoned to the stewards shortly after the race finish.

“We don’t understand it, to be honest,” Lowe told Sky F1.

“All I know is we set our pressures fully supervised by the Pirelli engineer, he was perfectly happy with them, as they were set. We’ll go and investigate.

“We’ve been summoned to the stewards so we’ll go there and explain it.”