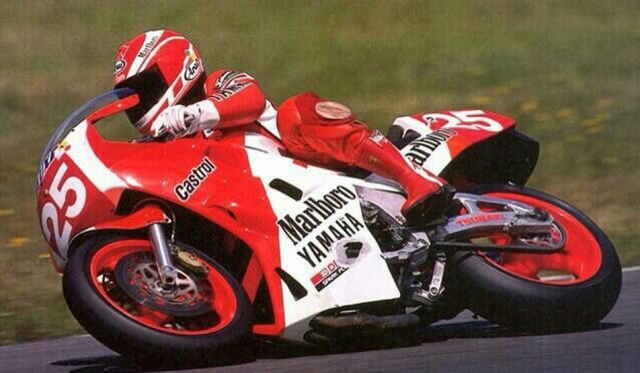 Five-time 500cc world champion, Mick Doohan, has credited the late Australian motorcycle ace Warren Willing as giving him one of the breaks that formed the foundation of his incredible career.

Willing, regarded as one of Australia’s best riders in the golden years of Australian motorcycle racing in the 1970s, has died after a battle with cancer.

Doohan’s first major career breakthrough was in mid-1987 when Willing offered him a guest ride on a Marlboro Yamaha Dealer Team FZR750 in an Australian Superbike Championship meeting at Winton, Victoria, in which he finished fifth.

That result led to an invitation to compete in the Suzuka 8 Hour by Japanese Yamaha dealer Kouzou Morinaga.

Later that year Doohan finished third on the Super Angel Racing Yamaha FZR750 in the Japanese round of the Formula One TT World Championship at Sugo.

What followed was a full-time ride with Willing’s Yamaha team in 1988 when Kevin Magee replaced Randy Mamola in Kenny Roberts’ world championship squad as a team-mate to Wayne Rainey.

The next year Doohan moved to Honda on the world stage and not long after Willing also switched to the Roberts team, working with Rainey during this three world titles in 90-92.

Willing and his brothers Glenn and Len were well known as one of Australia’s most talented motorcycling families.

There was always banter on whether Len or Warren was the better rider, while Glenn is a legendary engine tuner.

“Warren gave me an opportunity when (Kevin) Magee decided to go overseas,” Doohan told Speedcafe.com, speaking from this weekend’s Newcastle round of the Australian Karting Championships.

“I became a part of the Marlboro Yamaha team in Australia before I eventually went off with Honda.

“The whole Willing family was so into their motorcycle racing and very talented.”

Doohan said that it was a tragedy that Willing’s riding career had been cut short by an horrific accident in Northern Ireland in 1979, which almost cost him a leg.

“When you look back at some of those races from the ’70s, especially between him and (Gregg) Hansford it is pretty amazing stuff,” said Doohan.

“Unfortunately his career was cut short, which is a sign of those times with racing on unsafe circuits and too much risk.”

Doohan credited Willing for being a self-taught engineer who made it on the world stage.

“He really was a self-taught engineer who made the most of his ability,” said Doohan.

“He was practical and always had the ability to help both bike and rider. He was also a dry sort of a fella.

“You certainly always knew where you stood with him and he was always trying to get the next bit of performance out of you, no matter what the result.

“Sometimes I would think ‘shit give me a break’, but that’s why he was successful.

“He will be dearly missed by everyone that knew him.”

Willing is survived by his wife Wendy and daughter Nicole.