The Collins Mustang collects the wall on the front straight. pic: Australian Trans-Am

Australian Trans-Am Series driver Mike Collins has walked away from a spectacular crash on the opening day of practice at Sydney Motorsport Park’s Muscle Car Masters.

Collins was pitched into the right-side concrete wall when his Ford Mustang suffered a gearbox failure at the end of the front straight during the first session of the weekend.

The 67-year-old Queenslander managed to walk away from the wreck before being cleared of any injury at the infield medical centre.

This weekend marks the fifth round of the Australian Trans-Am Series, which has attracted 21 entries for its second year at the annual MCM meeting. 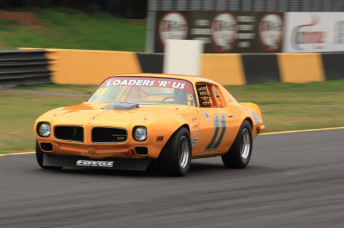 A new addition to the field in Sydney is Royston Evans, who is debuting a 1966 Pontiac GTO once raced in NASCAR.

The GTO was originally built by Bobby Allison, who ran it on the Grand National circuit for three years. 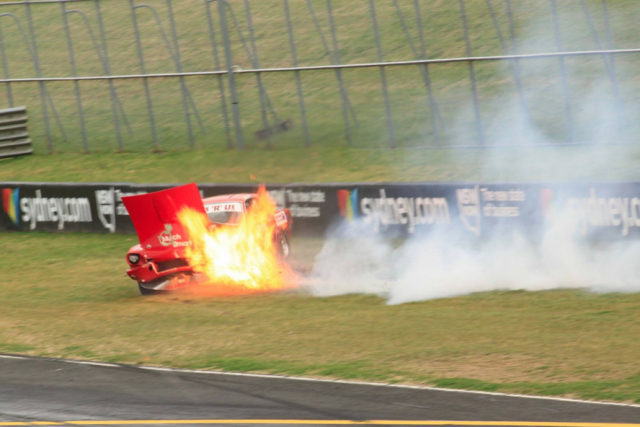