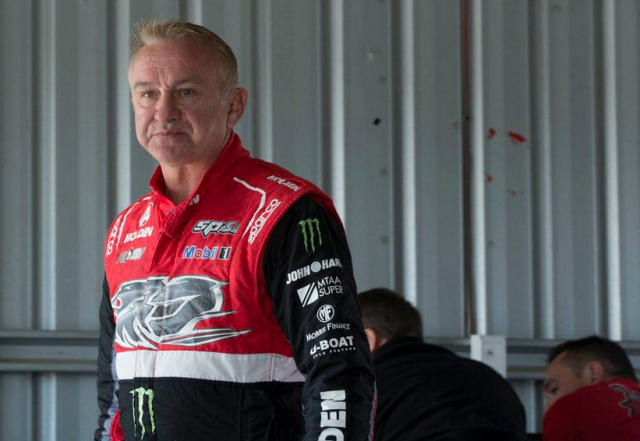 Russell Ingall has declared himself and Jack Perkins ‘in good shape’ for the Sandown 500 following his first drive of the #22 Holden Racing Team Commodore at Winton today. 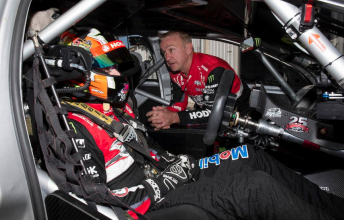 The 51-year-old returned to the wheel of a V8 Supercar for the first time since his full-time farewell at Homebush last December as part of Walkinshaw Racing’s four-car test day.

Despite damp conditions greeting the team for the opening hour of running, the veteran says it didn’t take long to get comfortable.

“It’s only been six months since I’ve been in a car so after a dozen laps you’ve got your eye in and you know where everything is heading,” Ingall told Speedcafe.com following the test.

“Overall I was just learning the car and the team and just getting comfortable.

“By the end myself and Jack were around the same sort of times and they were competitive times, we weren’t miles off the pace. We’ll pick that up further at Sandown as well.” 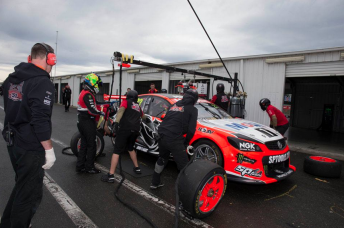 All four Walkinshaw Holdens were in action during the day

Ingall is realistic about the pair’s prospects for Sandown, but believes the typically fickle Melbourne weather could help the duo spring a surprise.

The veteran is a former winner of the September classic, taking out the 1998 race in wet conditions alongside Jack’s father Larry.

“I can’t see any reason why we won’t be pretty competitive there,” said Ingall.

“It would be foolish to say we’ll go out and win the thing, but we’ll definitely be in the top half of the field, that’s for sure.

“You never know with this race, I’ve been to Sandown plenty of times, the weather could do anything.

“Jack has had both conditions at Sydney Motorsport Park two weeks ago which is handy. 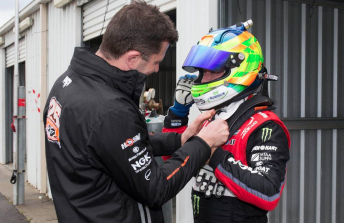 Tander assists Ingall in the pitlane

“He’s got a full round under his belt too which the other co-drivers didn’t get, so he’s ahead of the game. I reckon we’re in pretty good shape.”

Along with allowing all four co-drivers to log laps, the main focus of the day for the Walkinshaw stable was improving car speed ahead of the Pirtek Enduro Cup.

After starting the campaign with a Clipsal 500 win for the second consecutive year, the team has largely struggled to match the pace of fellow Holden squads Red Bull and Brad Jones Racing.

Garth Tander, who is the team’s highest placed driver in the standings after Sydney in seventh, has found single lap pace particularly tough going, failing to qualify inside the top 10 in any of the last 14 races. 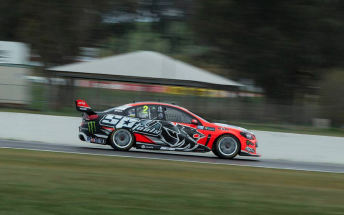 “We feel like in race pace our car has been pretty strong but we haven’t been able to extract the qualifying speed out of the car, so there’s been a big focus on that today,” explained Tander.

“The new aero was debuted back in February but we’ve never really been able to spend the time dedicated to understanding it and the influence it has over the rest of the car before now.”

The Walkinshaw stable has been particuarly frustrated by this year’s extremely tight testing restrictions, which has allowed just a single day of private running per team.

“It’s the same for everyone but ultimately the premier racing series in Australia only having one test day I think is a bit farcical to be honest.

“Hopefully they look at relaxing the testing rules a little bit for 2016.”

Teams are expected to be granted multiple private days next year in exchange for losing the pre-season test at Sydney Motorsport Park.