Ingall settles in at HRT ahead of Winton test

Ingall settles in at HRT ahead of Winton test 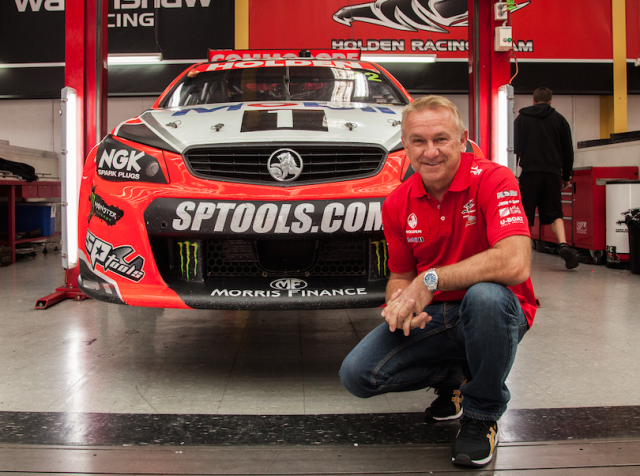 Russell Ingall at the HRT’s workshop in Clayton, Melbourne

Russell Ingall’s preparation for the Sandown 500 is in full swing with a two-day stint at the Holden Racing Team’s Melbourne workshop preceding tomorrow’s Winton test.

The 51-year-old steps back into the driver’s seat for the first time in nine months, substituting for the team’s injured full-time star James Courtney.

The veteran has spent today and yesterday at the HRT acclimatising to the #22 Commodore that he’ll share with Jack Perkins.

Ingall last drove for Walkinshaw Racing in 2013, before spending his final V8 Supercars season in a Triple Eight-built Holden at Lucas Dumbrell Motorsport.

“It’s a two-day deal to actually get back in the rhythm, find your way in the car and make sure you’re absolutely comfortable,” Ingall told Fox Sports of his Sandown preparation.

“You’re in these cars a long time in these enduro races, so you want to make sure you’re absolutely spot on and there’s nothing out of place, really.

“The layout has changed in the cars as well since last time I drove a Walkinshaw car, so I’m getting to know all the switch positions, where everything is, the brake bias and everything else that goes with it.

“It’s important because you don’t want to be second guessing those sorts of things in the heat of the battle. You’ve got to know what you’re doing and where everything’s located.”

Ingall has spent the year to date working as a co-host of Fox Sports‘ V8 Supercars coverage, providing expert comments between track sessions.

“It’s hard to go cold turkey, it really is,” he said of being on the sidelines since last year’s Sydney 500.

“I was expecting to do the enduros but then obviously TV land beckoned. I’ve really enjoyed it, but it’s difficult (not racing).

“I’m genuinely excited about jumping back in the car, especially with a great team like HRT.”