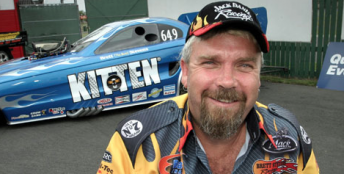 The 50-year-old, who won three national drag racing titles, was found guilty at Brisbane’s Supreme Court at the end of a six week trial today.

Stevens pleaded not guilty to producing, trafficking and supplying the drug at the beginning of the trial.

The jury found Stevens guilty of producing and trafficking, but not guilty of supplying.

The former drag racer is due to be sentenced on November 20.