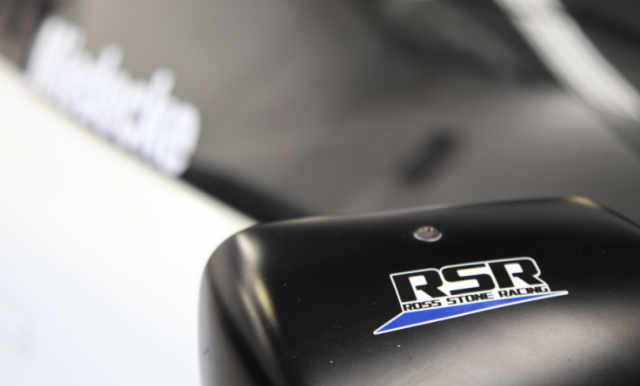 Miedecke has purchased the ex-Tony Quinn Vantage GT3, which will be run by Stone’s new team based out of Ormeau, Queensland, under the banner of Ross Stone Racing.

Miedecke, a Port Macquarie-based car dealer who also competes in the Touring Car Masters, will have his first taste of the Aston at Queensland Raceway tomorrow ahead of the September 11-13 Sandown event.

“When we have worked together in the past we certainly tried hard and didn’t take any prisoners, but this time around we’ll just work our way into it,” Stone told Speedcafe.com.

“At the moment we’ve come together to look after the car at Sandown and Highlands Park. We’ll regroup after that, but ideally what we’re planning for is to run two GT cars next year.

“We’re working towards running in the Bathurst 12 Hour as well. The race is very early in the year, so we’ll have to get our act together, but there’s still plenty of time for that.”

Stone has settled on GT racing for his new team after weighing up the merits of a number of categories.

Stressing a desire to work with his immediate family, the squad consists of Stone’s wife Di, two of the pair’s children, Nick and Emily, and former long-time SBR/Erebus staffer Wes McDougall.

The team will also employ ex-SBR/Erebus mechanic Luke Gelding to look after the Aston at Sandown and Highlands.

The Miedecke side of the squad will also have a family connection, with Andrew’s son George, who competes for Matt Stone Racing in the V8 Utes, to co-drive at Highlands.

“It’s a good fit for me with Ross being an old friend and us both wanting to go GT racing,” Andrew Miedecke told Speedcafe.com.

“One of the reasons I’ve stepped into it as well is that I’d like to do some racing with George.

“It’s the intention that we’ll share the car next year, but we’ll need to get some commercial support to do that.

“We’d love to do Bathurst as part of the program as well, but it’s an expensive event, so we’ll see how that goes.

“For now I’m just looking forward to seeing how the car feels. Ross seems to think I’ll go ok. I’m a bit more pragmatic about it, but the stopwatch will ultimately tell the story.”

Fielded by McElrea Racing for Tim Miles at Sydney Motorsport Park last month, the Aston is currently being prepared in Stone’s new 300sqm facility ahead of tomorrow’s test.

The Aston will compete at Sandown with backing from Miedecke’s businesses the Miedecke Motor Group and Manning Valley Automotive.

Miedecke also hopes to continue in the TCM next season, where he drives a Chevrolet Camaro for long-time friend Bob Middleton. Miedecke will have his first test in the Aston tomorrow