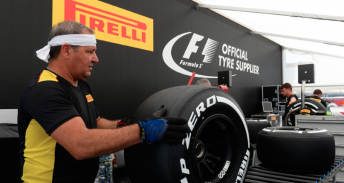 Pirelli will announce its tyre investigation findings at Monza

Pirelli will reveal the results of its investigation into Sebastian Vettel’s Belgian Grand Prix tyre failure at Monza this weekend.

The Italian tyre manufacturer attracted criticism after Vettel suffered a tyre blowout on the penultimate lap at Spa robbing the Ferrari driver of a podium spot.

The four-time world champion was particularly scathing of Pirelli’s performance labelling the failure “unacceptable” in a heated post race interview.

Prior to the investigation findings, Pirelli boss Paul Hembery indicated that Vettel’s tyre had come to the end of its life after his team elected to run a one stop strategy on medium compound tyres.

“We have finalised the investigation into Sebastian Vettel’s tyre at Spa,” said Hembery.

“Detailed conclusions from the technical analysis will be presented at Monza.”

Pirelli will bring the same medium and soft compound tyres used at Spa for this weekend’s Italian Grand Prix.

Medium and hard compound tyres were nominated for use at the event last year.