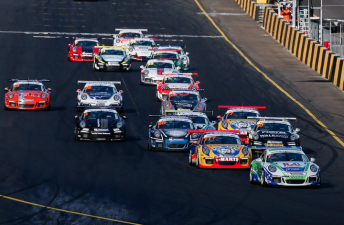 Robertson’s move was confirmed by its motorsport manager, Kurt Sakzewski who sent a bulletin out to all Carrera Cup teams alerting them to the appointment this afternoon.

“We’ve looked to bring Stephen in to bolster the resources we have at Porsche Cars Australia,” Sakzewski, who himself was a former events manager at V8 Supercars, told Speedcafe.com.

“He has a great pedigree and has experience in not only V8 Supercars but running in DTM (Abt Sportsline) and touring cars in South Africa (BMW Motorsport).

“So there is good experience in European racing as well as Australia.”

Robertson had been at V8 Supercars since March, 2013, working alongside technical director David Stuart.

Prior to joining V8 Supercars, Robertson spent a decade in the category with Triple Eight Race Engineering and Paul Morris Motorsport.

Under Porsche’s new structure, Robertson will be responsible for all technical aspects of the Carrera Cup and the feeder GT3 Cup Challenge.

Current technical adviser Steve Orban will remain a key member of the Porsche team, focussing on the parts aspect of the series.

Robertson will join Porsche officially on October 5 ahead of the final two rounds of the Carrera Cup at Bathurst from October 8-11 and the Gold Coast two weeks later.