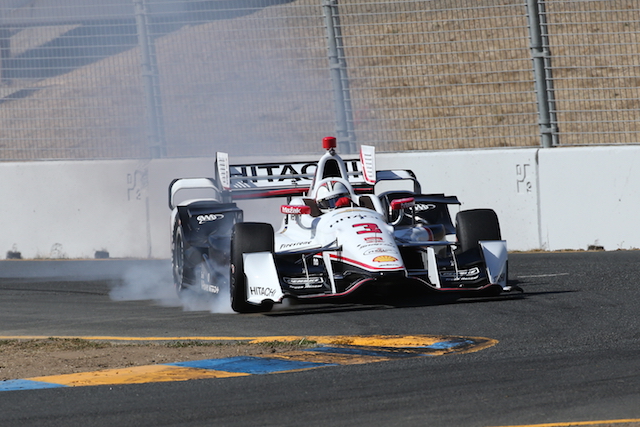 Hot temperatures and tyre degradation are set to become key factors in the cliffhanger finish to the IndyCar Series, the Go Pro Grand Prix of Sonoma.

The northern Californian road course venue replaces traditional ovals as the series’ closing race which is set to play out over 85-laps and is scheduled to start at 2.07pm on Sunday (local time).

Firestone technicians declared the opening practice session, topped by defending series champ Will Power, had seen the highest temperatures this season on a road course.

The track temperature rose to 54 deg (celsius) at one stage during practice before it dropped to 39 inside the final 60 minutes of the session.

Team Penske is preparing for tricky conditions in qualifying and the race around the 12-turn circuit.

Penske has three of the six drivers who remain in the battle for the Astor Cup – Juan Montoya (first in points), Will Power (fourth) and Helio Castroneves (fifth).

While the champion squad has a brilliant record at Sonoma headlined by Power’s three victories over the last five years, it remains on guard about the fluctuating conditions.

“The track is very temperature and wind dependant and you can get lost easily if you don’t pay attention to it.

“You have to be mindful of the weather and the changes it causes.

Several drivers acknowledged the race will come down to tyre choice and strategy.

The 2014 Sonoma winner, Scott Dixon (Chip Ganassi Racing) who is third in the points, said tyre degradation will be a big issue.