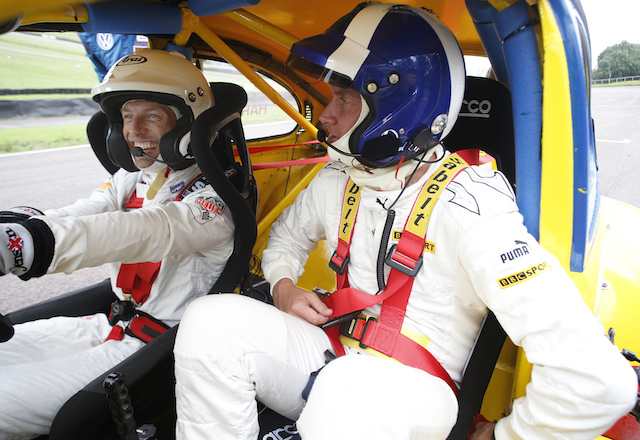 As part of a BBC F1 feature that is scheduled to be screened later in the year, Button and Coulthard drove a JRM Racing Mini and a Citroen DS3 respectively.

Button had earlier put a 1974 VW Beetle through its paces which revived memories of a similar car his late father John campaigned in rallycross in the ‘70s.

“Today has been a mega experience and completely different to what I am used to,” Button,the 2009 F1 World Champion, said.

“You need a huge amount of skill to drive these cars – on your own it’s scary enough, never mind going up against another four or five other drivers. 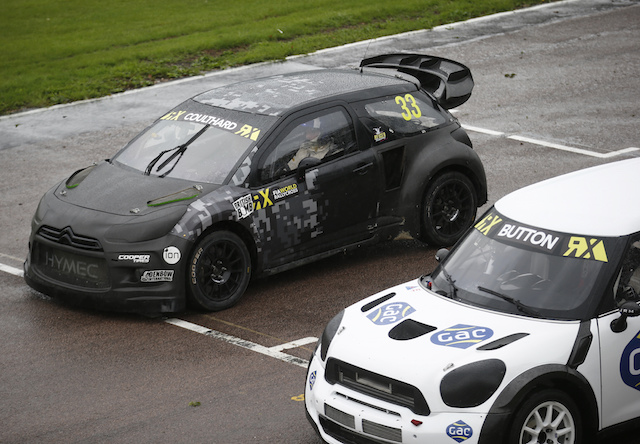 “World Rallycross is an exciting championship and it’s great to see the sport growing again like it was both in Britain and on the world scene.

“Everybody racing in single-seaters or in circuit racing regards rallycross as very professional and a lot of fun.”

Former McLaren stalwart and BBC F1 commentator Coulthard was reunited with World Rallycross after being pitted against reigning champion Petter Solberg in a Marklund Motorsport Polo RX Supercar at the Race of Champions event last year.

“Rallycross is highly skilled – the drivers have to deal with an ever-evolving mix of asphalt and gravel that changes from lap to lap,” Coulthard said.

“I have tremendous respect for rallycross drivers, because there are just so many more variables.” 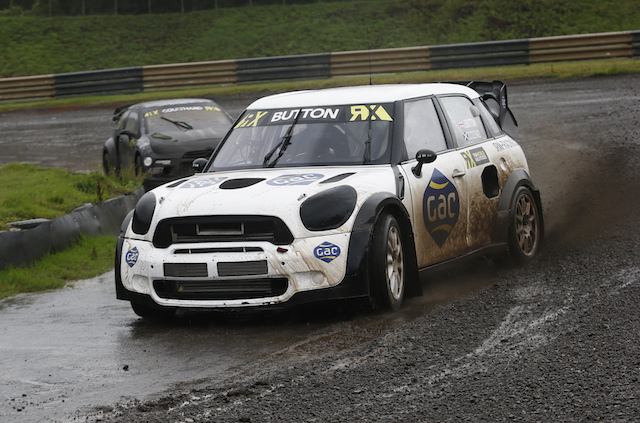