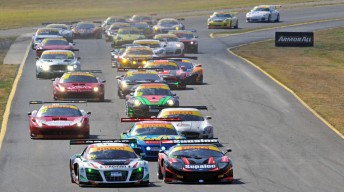 The Blancpain GT Series founder initially contacted Quinn earlier this month to investigate the availability of his New Zealand venues Highlands Park and Hampton Downs, which has prompted the latest meeting.

Talks are expected to centre around New Zealand as Ratel looks to build a minimum three round Asia Pacific GT3 endurance series, including the Sepang 12 Hour and Bathurst 12 Hour events.

Quinn says he is also keen to discuss matters regarding the Australian GT racing scene. 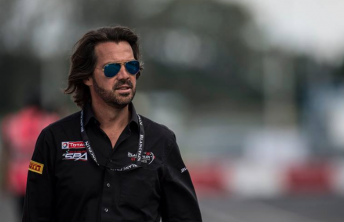 “We will sit around a round table and if it (a GT endurance round at Hampton Downs) works for everybody I think we have the ability at this end of the world to make it happen.

“If there is any way I can help Stephane, Blancpain GT, V8 Supercars, Bathurst, AGT or whatever I will.

“I think it would be good to somehow get Stephane down this end of the world to have a look at what we have got.

“His initial contact was because he wanted to come to New Zealand so that is what it is about, but aside from that, if he wants to talk about Bathurst, Eastern Creek and about going to Australia and New Zealand then so be it.

“I think we can all sit down and try to do the best thing for each country.”

While keen to establish an Asia Pacific GT endurance series, Ratel has already confirmed his plans hinge on the success of the Sepang 12 Hour, which his SRO organisation has recently taken over.