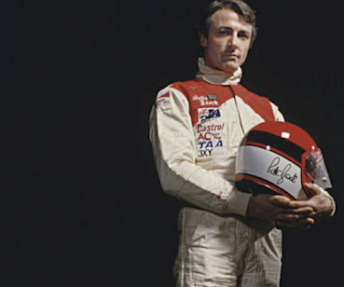 The cast has been announcement for the miniseries, Brock, to be screened on Network Ten next year

Network Ten has announced the cast for the long talked about miniseries on Peter Brock.

Canberra-born Matthew Le Nevez, who has played a host of characters and sporting stars including Dennis Lillee in the hit 2012 series Howzat! Kerry Packer’s War, will play the champion racing driver.

Natalie Bassingthwaite has been cast in the role as Julie Bamford, Brock’s partner when he was tragically killed in a tarmac rally in Western Australia in September 2006.

Network Ten head of drama Rick Maier said: “This is the true story of one of our favourite sons. Peter Brock. Legend. A man who was a hero to a generation of Australians.

“He was loved and admired by many, but few knew the real Peter Brock.

“Attention to detail on Brock has been second to none and now, with this brilliant cast attached, this production is ready to hit the track,” he said.