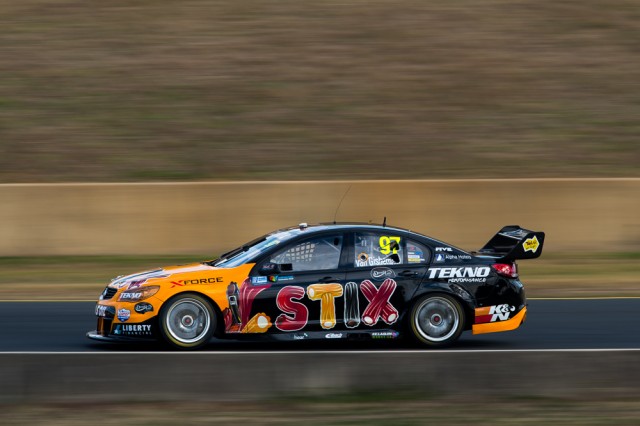 The Tekno Autosports Holden shot to the top of the order in the dying stages of the 15 minute hit-out with a 1:30.30s while running soft compound tyres.

Van Gisbergen, who has lamented recent struggles to find competitive set-ups with the #97 Commodore, entered the weekend with a strong tyre bank due to a mechanical failure at Ipswich.

Holdsworth spent a large portion of the session at the top of the time sheets, but ended it in the garage after pitting with an oil leak in his Walkinshaw Holden.

The first of two 10 minute qualifying sessions for the afternoon’s sprint races will get underway at 1140 local time.