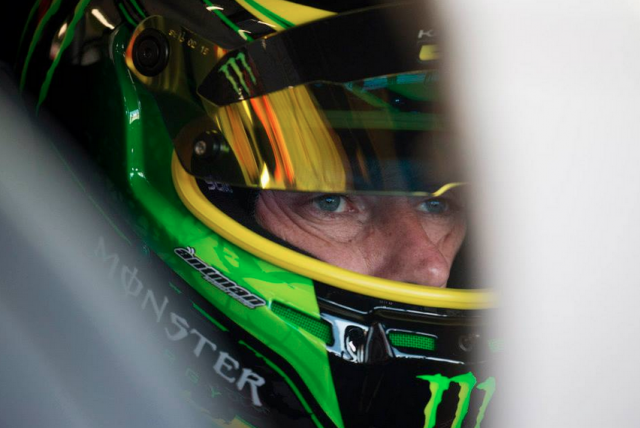 Holden Racing Team boss Adrian Burgess says it’s too early to know whether James Courtney will be fit to return to the wheel for the Sandown 500 in three weeks time.

Courtney remains in nearby Westmead Hospital today with two fractured ribs and a collapsed lung after being hit by pit equipment flung into the air by the downdraft of a low flying navy helicopter on Friday.

The injury, which has seen Jack Perkins take the wheel of the #22 Holden for the remainder of the weekend, has all but ended any hopes Courtney had of mounting an attack of runaway championship leader Mark Winterbottom. 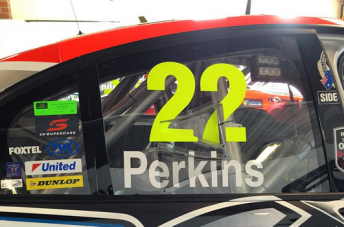 In addition to this weekend’s Sydney Motorsport Park Super Sprint, Courtney is now destined to miss the team’s one and only private test day for the year, scheduled to take place in the lead-up to Sandown.

Burgess admits that whether Courtney will take the wheel at the September 11-13 Pirtek Enduro Cup opener itself may not be known for some time.

“It’s too early to know how the timeline is going to play out with his condition,” Burgess told Speedcafe.com.

“It won’t be clear when we can get him into a hyperbaric chamber and all of that sort of thing until we know more.

“We’re just going to have to go through the process and deal with the situation as it unfolds.”

“I’ve had a few discussions with Ryan (Walkinshaw, team owner) and Simon (McNamara, Holden Motorsport manager) and a couple of the other partners,” he said.

“I have got a bit of a short list already mentally in terms of who I want to talk to, but I need to get myself through this weekend and so does the team.

“We need to give James every opportunity to speed up his recovery the best we can.”

Obvious candidates to replace Courtney include US-based Australian Ryan Briscoe, who has strong links to Holden and Walkinshaw Racing through previous endurance campaigns.

The team has meanwhile made overnight repairs to its pit boom and associated equipment that was damaged in the incident yesterday afternoon.

Courtney was hit by the decorative walling that surrounds the pit boom, which Burgess quips “was not designed to have a helicopter park on top of it”.

“There’s a small engineering shop around the corner that we used to re-fabricate a couple of parts on the boom and we’ve organised a spare air line as well,” he said.

“The damage wasn’t a big issue compared to the other things we were dealing with. The team is in good spirits apart from not having our driver here.

“Jack has a good opportunity in front of him now and hopefully between the four cars we can punch out some good results and make the other bloke smile.

“But we’re not putting any great expectation on Jack’s shoulders, we’ll just get him through today and then we’ll look at tomorrow.

“It’s one step at a time, but he knows the story, he’s not a complete rookie. He was in the main series last year and he’ll give it a good crack.”

The V8 Supercars field will have a final 15 minute practice session this morning ahead of back-to-back 10 minute qualifying sessions to set the grid for the afternoon’s races.