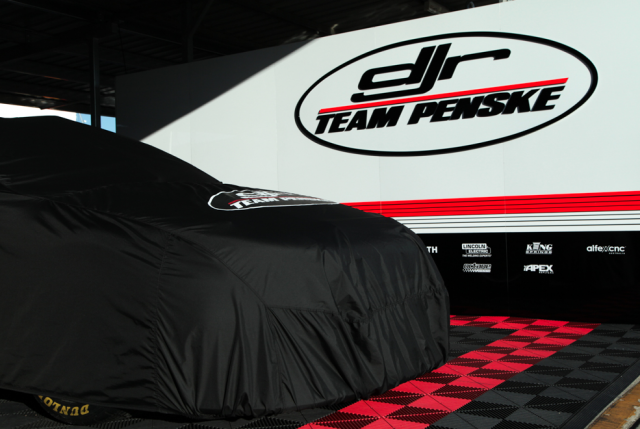 The Queensland-based team will pause its rolling sponsorship model for the Enduro Cup, running the same primary backer across the Sandown, Bathurst and Gold Coast events.

The unveil will take place ahead of a ride day at the Eastern Creek venue, where the team will run Pye’s MAN sponsored Sydney race car alongside the endurance chassis for Ambrose.

Having alternated two chassis during the season in line with its revolving sponsor program, the Enduro Cup will also see the team field the same car for all three events.

Dubbed DJRTP01, the chassis in question was debuted in the hands of Ambrose as a wildcard in last year’s Sydney 500.

Ambrose will today continue preparations for his race return, taking to the wheel for opening practice at Sydney Motorsport Park.

With DJRTP the only team to have already used its single test day, the session will mark the 38-year-old’s last serious running prior to Sandown.

Sydney will mark the first circuit that Ambrose has returned to with the FG X, having also driven at the venue during February’s pre-season test.

“I felt good in the car last time I drove it (at Queensland Raceway) and hopefully that trend continues here,” Ambrose told Speedcafe.com.

“Every time I do get in the car they’ve changed it a bit and we’ve done some more work to help me get comfortable here.

“We’ll be on pretty old tyres, the ones that I’ll practice on have done 110km or more, so you’ve got to be careful with the feedback you give from that, but just getting back in and used to driving the car will be good.”

While the team has been keen to downplay its chances for the enduros, Ambrose is outwardly upbeat amid the the #17 Ford’s improving form.

“We’ll be going to Sandown, Bathurst and the Gold Coast to try and win them,” said Ambrose when asked of his goals.

“You have to go to every race track with the intention of winning otherwise you shouldn’t be turning up.

“I think the timing of the endurance races is good for us and that the longer races will play in our favour.

The Pye/Ambrose Ford will continue to be DJRTP’s only entry at Bathurst, with the team electing against adding a much vaunted wildcard.