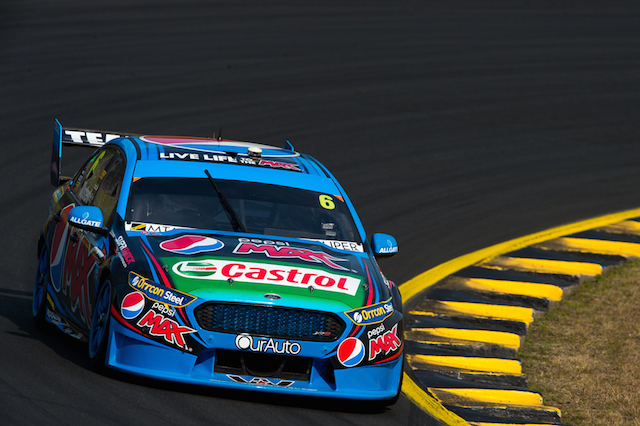 Chaz Mostert continued his strong form as he topped the times in the second V8 Supercars practice session at Sydney Motorsport Park.

The Prodrive Racing driver proved to be the only man to clock a time in the 1:29s bracket as he made the most of a soft tyre run during the 60 minute hit out.

Nick Percat ensured there were three Holdens in the top five with the Lucas Dumbrell Motorsport driver slotting into fourth in the dying seconds.

Garry Rogers Motorsport driver Scott McLaughlin had held the top spot for a sizeable chunk of the session before he slid down the order to sixth.

After a strong showing in Practice 1, Jamie Whincup finished in P13 behind HRT’s Garth Tander and Erebus Motorsport’s Will Davison.

Jack Perkins deputised for James Courtney in the session after the 2010 V8 Supercars champion was injured in a freak pit lane incident.