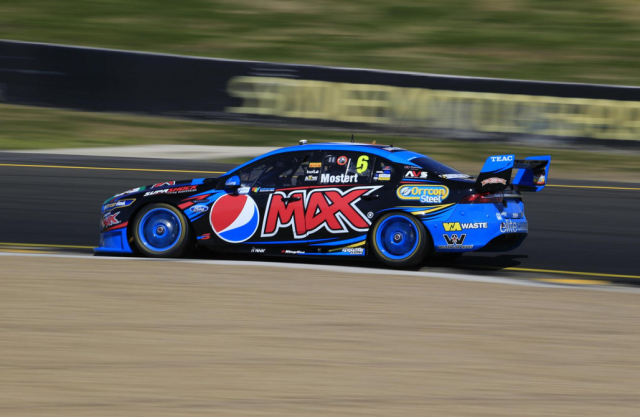 Mostert and fellow Prodrive driver David Reynolds have ascended to third and fourth in the standings during recent events after both experienced difficult starts to the season.

While there has been much focus on Winterbottom’s quest to finally win a maiden title, Mostert isn’t expecting to yield to his team-mate to the detriment of his own campaign.

“As far as I know, we’re all pushing for the championship still,” said Mostert, who again set the pace during practice today at Sydney Motorsport Park.

“We’ve all got our own races to run and that’s the good thing about Prodrive, they’ve left it open. Even last year when Frosty was leading the championship.

“I haven’t been told (about team orders) and for me I’m just going to get stuck in and try and get as many point as I can.”

Mostert meanwhile expressed dissatisfaction with the overall setup of his Falcon, despite setting the benchmark practice time.

The Pepsi Max Crew driver lamented a lack of pace on the hard compound tyre, which was masked by his strong showing on soft tyres in Practice 2.

“We’re pretty unhappy with the car, to be honest,” he said.

“We normally have a hard car and we don’t have a soft car but today our soft car feels better, so hopefully there’s some positive stuff going through the weekend.

“We’ve got one last practice tomorrow when we can try and do some set-up changes and make it better. It’s good to finish off today on top but we’ve got a little bit of work to do.”