James Courtney has been hospitalised following a freak accident in the Sydney Motorsport Park pitlane during a Navy helicopter flyover.

Courtney was struck in the chest by falling pit equipment caused by wind disturbance from the helicopter, which flew low over the circuit prior to the day’s second practice session. Pit walling flies out of the garage as the boom falls due to the downdraft. pic via foxsports

The former champion was taken immediately to the trackside medical centre before being transferred to Westmead Hospital via road ambulance at 2:30pm local time.

Walkinshaw Racing managing director Adrian Burgess, who accompanied Courtney to the medical centre, confirmed that the driver is in a stable condition.

“The Navy helicopter was hovering over pitlane and he (the helicopter pilot) has probably come too close and created a draft and a bit of a swell and everything,” said Burgess. 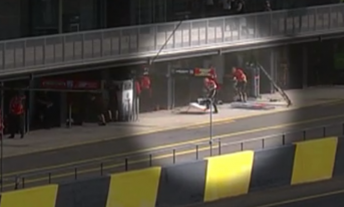 “A piece of debris has come across at him and he (Courtney) put his arm up to cover his face as a natural reaction and it’s hit his rib cage quite hard.

“His ribs are fine but his lungs are, we are not quite sure about the condition of his lungs.

“He’s stable, he’s not going to die on us but there is a bit of damage there. Obviously we need to make sure we do the right thing by him.

“I can’t say more than maybe it is something that was going to happen at some point,” he added. The garage panels were thrown into pitlane

“We should have seen the writing on the wall. We are not going to blame anyone we have just got to make sure we do the right thing by James.”

The team ran the session without its pit boom, which came down in the accident.

A V8 Supercars statement has confirmed that an investigation into the incident is taking place.

“James was unfortunately struck by a piece of flying debris dislodged by the downdraft of a military helicopter display,” read the statement.

“He was attended to by medical staff at the scene and taken to the circuit medical centre for examination. He has since been transported to Westmead Hospital for further assessment.

“The Royal Australian Navy and V8 Supercars have commenced a full investigation into the incident.” 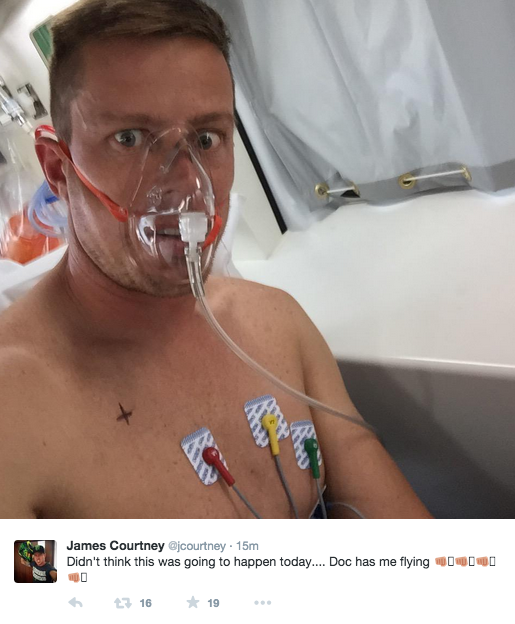