Raikkonen to remain with Ferrari in 2016

Raikkonen to remain with Ferrari in 2016 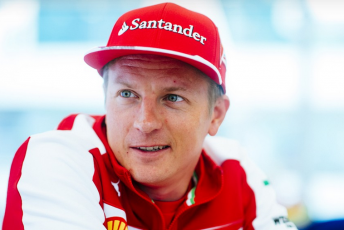 Kimi Raikkonen to remain with Ferrari in 2016

Kimi Raikkonen has closed a key loop in the Formula 1 driver market by re-signing with Ferrari for 2016.

The Maranello marque has decided to take up its option on Raikkonen who has been comprehensively out-performed by Sebastien Vettel this season.

Confirmation the Finn, who supplied Ferrari with its last World F1 Championship in 2007, has ended hopes that Valtteri Bottas would leave Williams.

“What can I say – for me, to be able to stay another year at Ferrari means that the dream goes on,” the 35-year-old Raikkonen said.

“The Scuderia is my family, as I always said, it’s here I want to end my career.

“I am more committed than ever and I want to say thank you to the people who gave me this chance.

“Also, a big thank you goes to all my Ferrari fans, for their continuous support.”

Vettel has taken a resurgent Ferrari to two wins – Malaysia and Hungary – this season which has helped the German to amass 160 points compared with Raikkonen’s 76.

“We believe that extending Kimi’s contract into the next season will provide further stability to the team,” Arrivabene said.

“This has been our guideline, also considering the very good relationship between Kimi and Seb.

“On our side, this shows our great confidence in him, and I expect this confidence to be well rewarded.”