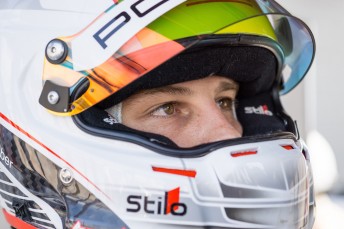 Le Mans 24 Hours winner Earl Bamber has received a call up to pilot a GTE Am Porsche in the latest round of the FIA World Endurance Championship at the Nurburgring.

The New Zealander will replace Austrian Klaus Bachler in the #88 Abu Dhabi Proton Racing entry alongside Christian Ried and Khaled Al Qubaisi for the fourth round of the championship held from August 28-30.

Bachler is unable to compete due to a clash with the German ADAC GT Masters event at the Sachsening.

Since his Le Mans 24 Hours triumph alongside Nico Hulkenberg and Nick Tandy, Bamber has been competing in the Tudor United SportsCar Championship with the factory Porsche GT LM squad.

The 25-year-old from Whanganui scored a second place finish at the most recent round at Elkhart Lake earlier this month.