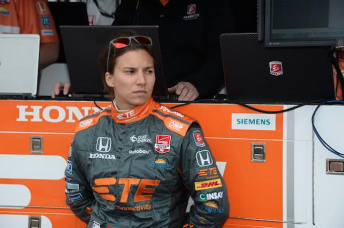 The all-female entry, first flagged by Speedcafe.com earlier this week, is expected to be officially announced later today.

Twenty-year-old Gracie runs full-time with Paul Morris Motorsport in the Dunlop Series and will be making her first V8 Supercars Championship start.

Gracie has raced at Bathurst in the Carrera Cup during each of the last two years.

Swiss De Silvestro, who was yesterday announced to be joining Andretti Autosport’s Formula E program, is both a Bathurst and a V8 Supercars debutant.

The 26-year-old’s career included a recent stint as a Sauber F1 ‘affiliated driver’, which ultimately failed to turn into a race seat.

Gracie and De Silvestro will be the first women to compete in the Great Race since 2009 and the first all-female pairing since 1998.

The other wildcard was yesterday confirmed as an entry from Newcastle-based brothers Aaren and Drew Russell, who will team up in a Garry Rogers Motorsport Holden.