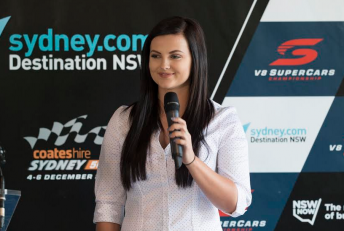 The 20-year-old Gracie’s Bathurst debut will come during her first season of Dunlop Series competition, which has followed a two-year stint in the Carrera Cup.

While the all-female wildcard has been designed to gain maximum publicity, Gracie says the two-year nature of the program proves that it’s a serious part of her career progression.

SPEEDCAFE: Renee, this project has been kept pretty quiet until this week. Is it something yourself and Chris Jewell (manager) had been working on for a while? How has it come together?

RENEE GRACIE: It’s something we always planned to do at some point. Having two females in the same car was something that was always going to attract attention.

It’s definitely been on the cards and it’s one of those things that this year, the opportunity presented itself with Simona, which was the key.

There’s only one or two other females that could fit what we were looking for. Danica (Patrick) is obviously busy with NASCAR, so we approached Simona and she was free.

Thankfully all the stars have aligned and now we’re here.

SPEEDCAFE: Do you feel you’re ready for it? It’s certainly come very early in your time in the Dunlop Series.

GRACIE: If we felt I was too novice or going to be completely out of my depth we wouldn’t be doing it.

We’re not going there to win the race, it’s just experience. Doing this will help me in three to five years time when I am racing and ready.

I wouldn’t do it if I didn’t think I was capable. I think I am capable and I’ll have a few test days in both the Dunlop Series car and the main series car to gain some more confidence.

Simona and I are going to have different goals and different ambitions from most of the others who are out there. It’s one of those things that between the two of us, we just want to achieve what’s best with us.

If we stick to that and give it our all, I think no matter what happens, if we finish first or we finish last, it’ll be a really good weekend. 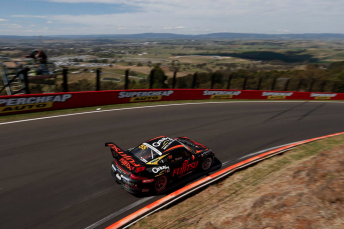 SPEEDCAFE: Unlike Simona you’ve at least had a bit of experience at Bathurst in the Carrera Cup. How comfortable are you with the track? That’s a big part of the challenge in itself.

GRACIE: It is a big challenge and I’m glad I’ve been there before.

It’s a great track and a great atmosphere. It’s somewhere I always enjoy going to. Every time I watch onboard footage or use the simulator, it reminds you how amazing it is.

It’ll be a bit different in the V8 compared to the Porsche and I can’t underestimate the challenge of that.

We’ll be doing double duties too, but I think I’ve got a few races experience in the Dunlop Series car now and once we have the test days I’ll be ready for it.

SPEEDCAFE: Being with Prodrive, you won’t have any shortage of data and drivers to be learning from, including your boyfriend (Andre Heimgartner). Is all that information going to be important?

GRACIE: Yes. When we first approached Simona she wanted to have a say in what team we went with. She went and did some research into the teams, who was winning and so on.

She suggested a couple of teams and Prodrive was one of those. It just made sense to us. They’ve won Bathurst in each of the last two years and have front-running cars this year.

They’ve welcomed us with open arms and it’s reassuring knowing we’ll have a good car. It’ll make it easier knowing that we’ve got the equipment that is capable.

SPEEDCAFE: Has Simona been someone that you’ve looked up to during your career? Do you take inspiration from female drivers that have established themselves in other categories?

GRACIE: Yeah, Danica and Simona are two of the girls I look up to the most. I have a bit of a love affair with IndyCar and NASCAR, which is what they race.

To be racing alongside Simona and sharing a car together, I’ll be a little bit star struck to start off with but I’m really hoping that I can learn a lot from her and talk to her on a personal level.

She’s 26 so she’s been through a bit more than I have to get where she is. 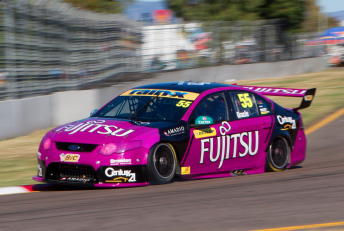 SPEEDCAFE: Have you sought advice from other female drivers in Australia during your career? There’s certainly a lot more women who have raced at Bathurst than many people would realise.

GRACIE: I’ve known Leanne Tander since I was 13 years of age in karts.

Believe it or not, I was actually breaking a lot of Leanne’s records, which is how I came to know about her. She’d won a few state titles and set lap records that I broke.

Through that I got to know her and since then she’s been someone I can chat to, she’s been a great support.

She’s probably the only other person who has been in my shoes in the Dunlop Series.

You’ve got to keep that relationship because sometimes things are going to be hard or you’re going to have times where you don’t know what to do.

It’s always good to be around someone who’s done it before. I’ll definitely go out of my way to introduce Simona to her as well.

I think Leanne will be just as excited about it happening as us and be keen to help out.

SPEEDCAFE: Obviously’s it’s part of the program to get as much media attention as possible, but how does that sit with you? You’re pretty low key about expectations, but at the same time you’re the focal point of the launch of the whole event.

But I hope people don’t see it as a publicity stunt. Obviously we rely on the publicity for sponsors on something like this and if anyone else could milk it any way they could they would do it as well.

For us, this is something that’s gathering great momentum. It is massive and I’m glad it’s massive, but it’s not like we’re doing it for the wrong reasons.

I really want to do this and it won’t be my last because I’m in it for next year as well.

What it should do is show people that we’re really serious about this. We’ve signed a two-year contract for a reason, so that we can learn this year and next year we can be competitive.

Hopefully in a couple of years time when, if it goes to plan, we are successful, the media are still around and just as interested.