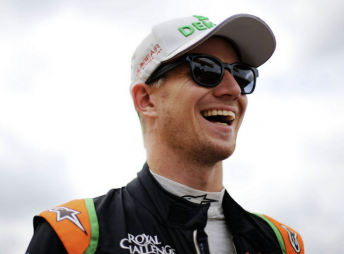 Formula 1’s newest squad, Haas F1 says it will be ready to announce its lead driver as early as next month.

The team is in discussions with a brace of drivers with Ferrari reserve Esteban Gutierrez and Force India star Nico Hulkenberg high on the priority list.

However Force India is thought to be reluctant to let go of Hulkenberg, who Porsche poached for a winning one-off drive for their LMP1 program at Le Mans in June.

“By September I hope we have got the decision for at least one, if not two – ideally it would be two – drivers,” Steiner told Formula 1.com.

“We have got interesting candidates, which is very nice for us.

“We have got drivers with a good reputation who are talking to us seriously, so I hope we can pull some of them off.”

The team admits it is crucial that they secure at least one known quantity in their driver line-up.

“We are a new team, we need to be conscious that we need some known quantities,” Steiner said.

“Everything else is new. You know, the whole team is new people put together, the first car we make… it’s a lot of unknowns.

“So we need a known quantity in there which in the end can tell us, ‘Hey guys, I think the car is good, but this part of the team doesn’t work,’ or ‘the team works good – I’ve got a good relationship with my race engineers – but the car isn’t good.’

“We need somebody who can actually see where we are, so we need experience. And if the experience is coming with speed, even better.”

The mission of finding a pairing has proved an obstacle for Haas as drivers weight up possibilities for 2016.

“It is still difficult to find out who is actually available because it hasn’t been decided who is going where yet,” Steiner said.

“We would like to make a decision by the end of the summer.”

The North Carolina-based team will use customer Ferrari engines when it debuts in the F1 World Championship in 2016.

Haas F1 has formed a close technical alliance with the Maranello outfit.