Jones in no rush for full-time V8 graduation

Jones in no rush for full-time V8 graduation 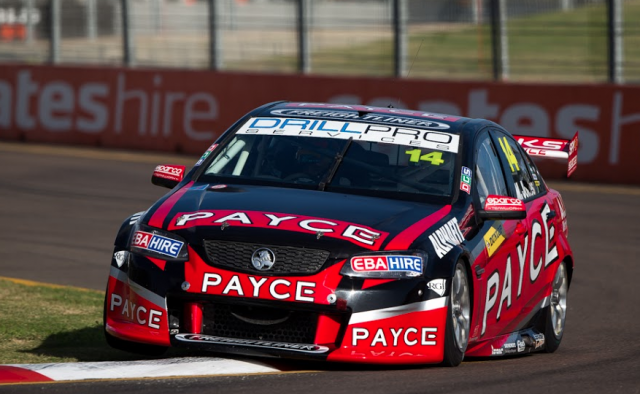 The 20-year-old son of team owner and former driver Brad Jones moved into the second-tier V8 Supercars series with the family-run BJR midway through 2014.

The team currently has three vacancies in its V8 Supercars Championship line-up for next year, with Fabian Coulthard, Jason Bright and Dale Wood all currently unsigned.

While running as a co-driver to Wood at Sandown, Bathurst and the Gold Coast will give Jones an extended taste of the top tier, the youngster says he must continue to learn the ropes in the Dunlop Series next year.

“It would be a massive step to do the full series and it’s not something that we’re looking to do yet, we’re still looking for experience,” Jones told Speedcafe.com.

“We always had the plan to do a few years in DVS (Dunlop Series). It’s something that takes a few years to get your head around.

“It’s going to be interesting next year with bringing in the Car of the Future cars (into the Dunlop Series).

“We haven’t quite decided on what we’re doing there so our options are open on that front, but we’re certainly looking to do the DVS next year.”

Jones scored his best Dunlop Series race finish of fifth earlier this year at Barbagallo, but sits just 14th in the series standings after a succession of mishaps.

“We’ve had a bit of bad luck and a few mistakes on my behalf this year,” he admits.

“It’s definitely not gone to plan. We would like to be a bit further up, but we’re making a progression each race meeting that we go to.

“I think that in the next few races we’ll be able to show more of what we’re made of and have a good run.”

Buoyed by a series of Friday practice outings in Wood’s Holden this year, Jones is quietly confident that he can hold his own among the co-drivers in the Enduro Cup.

“It will be a steep learning curve for me and I expect it’ll be quite full on and everyone will be pretty aggressive,” he said.

“But I’m just going to have to give it all I’ve got and fight hard for what I want to do.

“I feel confident driving the car, I really like the style that you need in that car and the BJR cars have got quite good pace.

“Getting a lot of laps in a short space of time will be good for me as well. With such long breaks in the DVS season, it’s hard to get a rhythm going.

“You need to be in the car as much as possible and this is just going to help me phenomenally.”

Jones is today getting seat time of a different kind, taking part in the Extreme Rallycross Championship’s shakedown test at Lakeside Raceway.