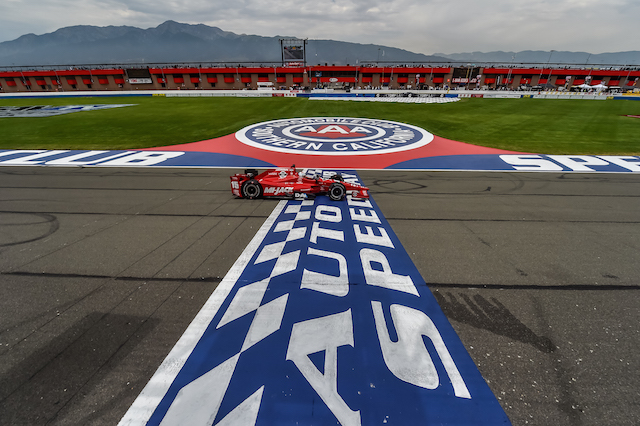 IndyCar has announced that it will not return to the Auto Club Speedway in southern California in 2016.

Citing an inability to meet on common ground with the Fontana super speedway’s organisers, IndyCar says it tried valiantly to retain the event.

Ultimately a stalemate in trying to find the best solution for a more favourable date later in the season and a more attractive broadcast time meant the series had no option but to leave Fontana off the calendar.

Fontana had been the closing round of the series until this year when it was brought forward to late June and run on a Saturday afternoon in sweltering heat which drew a poor crowd.

“There was a tremendous amount of effort put forth to keep Auto Club Speedway on the calendar,” IndyCar chief executive Mark Miles said.

“ In the end, we could not identify a compromise for 2016 that was amicable for both parties.

“We’re thankful to (Auto Club Speedway President) Dave Allen for his efforts in these negotiations.

“We mutually agreed that our inability to identify a date for next year doesn’t preclude us revisiting these conversations in the future.”

The IndyCar series resumes at the Pocono tri-oval on August 23 ahead of the double points finale at Sonoma on August 30.