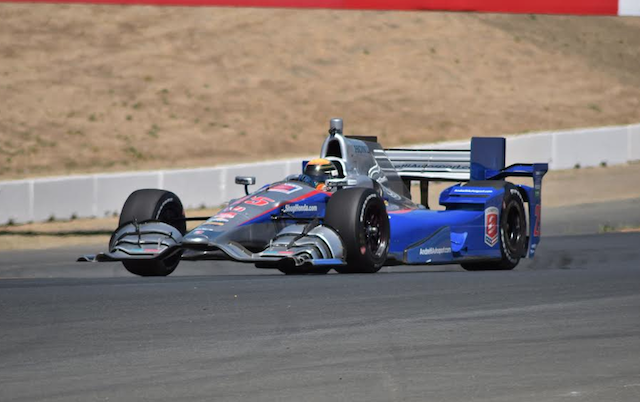 Matthew Brabham on track at Sonoma

Matthew Brabham has completed his second IndyCar test along with six other Indy Lights drivers at California’s Sonoma circuit.

Brabham commandeered the #25 Andretti Autosport Honda which has been campaigned by Justin Wilson in recent races. 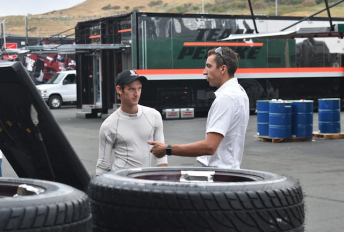 While no official times were released, Brabham undertook some solid running as he tries to zero-in on a one-off deal to compete in the 100th staging of the Indianapolis 500 next year.

“(I) Had an awesome day, driving an IndyCar around Sonoma was a lot more physically demanding than when I last drove at Iowa,” Brabham said.

“You really had to muscle the car a lot more, but it was an incredible experience and so much more fun than anything else that I have driven”

“As a team we worked our way through the program which I was scheduled to do, so they were happy.

“And it was good to be able to ask Marco (Andretti) and Justin (Wilson) questions during the day, that was a big help.”

“Speed wise it was difficult to really judge as the regular drivers were on different compound tyres to the MRTI (Mazda Road To Indy) guys and there was no official timing.

“But it appears unofficially that Piquet and myself were the fastest rookie drivers, and we did almost identical times.

“I want to race one so bad now, and after today I am ready if given the opportunity.”

Spencer Pigot, who sits second in the Indy Lights standings, took to Will Power’s #1 Penske Chevrolet while Nelson Piquet jr cut laps in the #2 Penske Dallara of Juan Montoya.

Indy Lights points leader Jack Harvey completed 55 laps in the Schmidt Peterson Motorsports which has been driven this season by James Hinchcliffe and Ryan Briscoe.

Teams are allotted two additional test days under IndyCar Series rules where an IndyCar driver and an Indy Lights driver share the running.

An IndyCar Series regular is not permitted to surpass 50 percent of the available track time.

The day also saw Russian Mikhail Aleshin complete a refresher test aboard SPM’s Dallara-Honda as he prepares to return to the series following a horrific crash at last year’s Fontana finale.

Sonoma is set to host the series finale for the first time on August 30, where double points have been allocated. 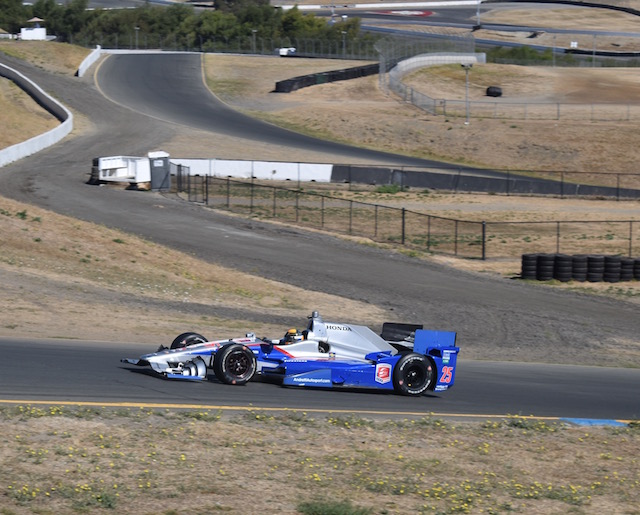 The rookies completed the Sonoma running ahead of the season finale