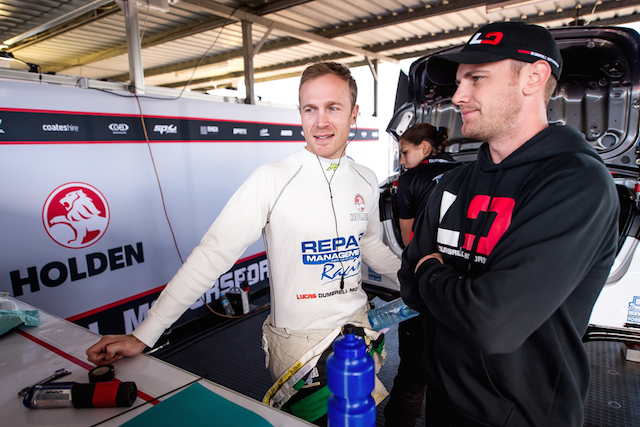 Lucas Dumbrell Motorsport’s lengthy search for a co-driver to partner Tim Blanchard in this year’s Pirtek Enduro Cup is finally at an end.

West Australian Karl Reindler has now been locked in as the co-driver of the #3 Cooldrive Holden for the three endurance events.

The signing of Reindler comes after the team canvassed several overseas options for the seat, including Dutchman Jeroen Bleekemolen.

Reindler sampled Nick Percat’s LDM Holden during practice at the recent Ipswich event, which marked the first time the now 30-year-old had driven a V8 Supercar since October, 2013.

Confirming the signing to Speedcafe.com, team manager Barry Hay said that the team looks forward to having Reindler back behind the wheel for practice at Sydney Motorsport Park.

“We’re looking for solid results across the three events and Karl brings good experience and a strong reputation to the team,” Hay said.

“He did exactly what we asked of him in Nick’s car at Ipswich and is the perfect fit to drive with Tim in terms of seats and suits and everything like that.

“Being a local, having Karl available to do more laps in Sydney and at our pre-Sandown test will also be important for us as we prepare for the big races.”

Reindler has 88 career V8 Supercars Championship race starts to his name, scoring a best finish of sixth in his most recent appearance; the 2013 Gold Coast 600.

LDM’s lead entry will be shared by Percat and Brit Oliver Gavin, continuing a partnership that netted a Bathurst podium last year at Walkinshaw Racing.