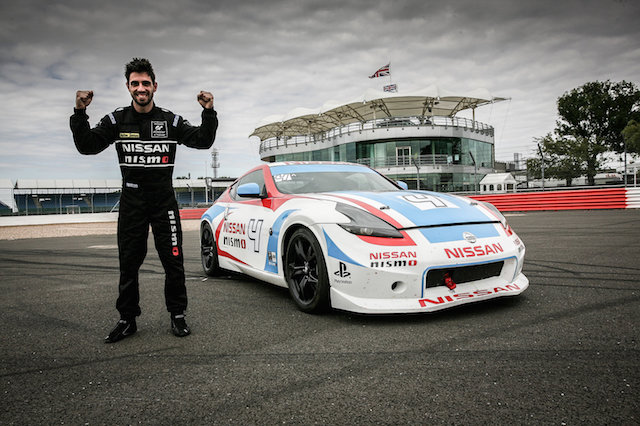 After his success at Silverstone the 26-year-old from the northern Brisbane suburb of Wavell Heights is now scheduled to make his racing debut in a Nissan GT-R GT3 at the Dubai 24 Hour race in January.

“I don’t think the guys at work will believe me when I tell them I’m resigning to move to Europe to become a professional racing driver,” Simmons said.

“It’s amazing, because they have been my biggest supporters and they know how much I wanted this.

“I turned my whole life around looking towards this competition.

“They supported me so that I could give this 110 per cent and their support has been amazing. I know they will continue to support me the whole way through this journey.

“To think I was delivering parcels a week ago, and now I’m going to be racing cars in Europe, I don’t think any of my work mates or family or friends really believe it.”

V8 Supercars driver Rick Kelly, who was on hand to mentor the Australian contingent at Silverstone, said Simmons had put in the hard yards after failing to make the international race camp last year.

Simmons ‘went back to the drawing board’, sacrificing everything in his life to have a second shot at becoming a part of the Nismo athlete program.

“To be a race car driver you need to be a lot of things,” Kelly explained.

“You don’t just need driver talent, you need to be extremely driven and be able to stand out from the rest and put the work in to achieve all that you possibly can.

“It’s not by chance that Matt won this competition.

“He obviously made the Australia final last year and he’s worked for basically the last 12 months to get this opportunity again.

“He did it, he made the Australian final, made the final six to come with me to race camp and every challenge that we did, he absolutely excelled.”

Simmons beat off challengers from defending winners Mexico, Turkey, North Africa and the US.